Bad gut bacteria does more harm than you realize

Illness and psychological disorders may result from bad gut bacteria.

Your gastrointestinal or ‘GI’ tract is your body’s engine. In fact it’s sometimes referred to as the ‘second brain.’

It’s about a thirty-foot engine that begins with your mouth and ends with your anus. The body’s cells extract nutrients from food for energy, oxygen and many other functions.

If the body is not properly nourished it begins to provide an environment receptive to a ‘home invasion’ of bad gut bacteria. 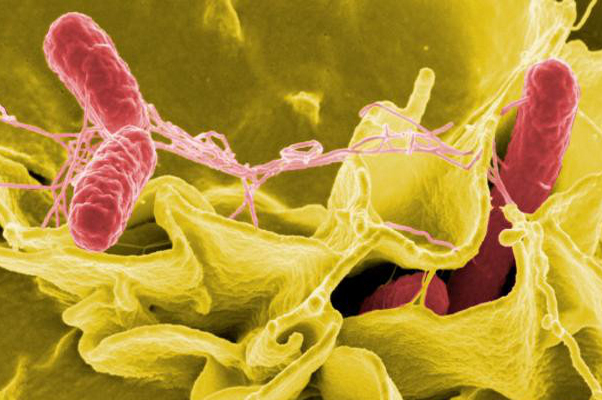 The beneficial bacteria are your friends!

Science now knows that most microbes do not cause illness, but are actually a defense against harmful organisms such as bad gut bacteria.

Organisms in and on the body—bacteria, viruses, fungi, protozoa, etc. are called microbiomes.

Microbiomes include more than a hundred trillion microbes of 1,000s of species.

Just one drop of fluid in the colon carries more than a billion bacteria.

Bloating, gas and sluggishness are the early symptoms of a GI tract not happy with the nutrients consumed—and new studies prove that microbes play an important role in every aspect of health, not just gut health.

Microbes functioning as they were meant to protect the immune system, and greatly reduce the risk of obesity, diabetes, cancer and many other diseases that are common today.

According to the journal Frontiers in Cellular Neuroscience, gut bacteria influence brain development, function and behavior.

A study in Clinical Psycopharmacology and Neuroscience reports that gut microbiota is linked with neuropsychiatric disorders such as schizophrenia, autism, anxiety and major depressive disorders.

Balancing your microbiome is essential for optimal health for all ages, beginning with a pregnant mother.

And the fatty but nutrient-deficient Standard American Diet, which has spread around the modern world, will never provide anyone with “optimal health.”

Do your best to stay away from things that destroy gut health. This includes junk food, soda pop, drugs, alcohol, smoking, caffeine, sugar, pollution and most food additives.

It also includes antibiotics. Antibiotics should only be used in dire emergencies.

Even mainstream medicine today acknowledges that the over-prescribing of antibiotics is playing havoc with the world’s gut health, and is paving the way for other immune problems.

According to the American Society for Microbiology, just one course of antibiotics can affect the diversity of microorganisms in the gut for up to a year.

Last of all, take only the pharmaceutical medicines that are absolutely necessary for a crucial problem. Most pharmaceuticals invaribly interfere with your gut bacteria.

Conversely, you can encourage proliferation of good bacteria by eating a balanced diet that includes generous portions of raw and fermented foods.

Avoiding stress as much as possible and getting plenty of sleep also helps.

Above all, supplement! Even the healthiest individuals are exposed to chemicals, pollution and stress beyond their control. Consider taking a full course of probiotics at least two to three times a year to keep your gut in optimal health.

When choosing a probiotic supplement, remember that products with multiple strains of beneficial bacteria are more effective.