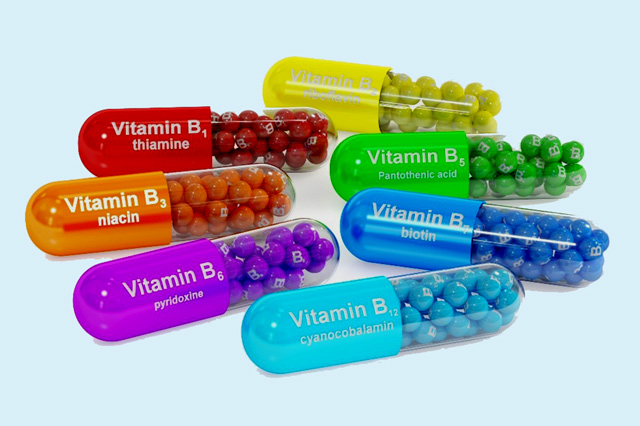 Vitamin B1 (Thiamine) has been called “the morale vitamin.”

It got its nickname because of its positive impact on our nerves.

It is also referred to as the “anti-stress vitamin,” as it helps the body withstand the stress we are all subjected to at different times of our lives.

So, how exactly does Vitamin B1, the “morale vitamin,” work and how does one little vitamin help protect against the stresses of modern life?

Vitamin B1 is one of eight water-soluble vitamins in the B complex family, all of which complement each other, while also carrying out their singular specialties.

B1’s specialties include its key role in converting carbohydrates to glucose, which is used for energy to carry out numerous bodily functions.

It also assists in the breakdown of both carbs AND proteins and helps in the secretion of hydrochloric acid, which is essential for complete digestion of food particles.

Vitamin B1 is an important support nutrient in maintaining cardiovascular health and plays a big role in red blood cell production.

It helps maintain muscle tone along the walls of the digestive tract and promotes not only health of the nervous system, but the health of skin, hair, eyes, mouth and liver.

B1’s powerful antioxidant punch helps protect the body from premature aging by battling free radicals that cause wrinkles and dry skin and hair.

Alzheimer’s disease affects millions today, and tests have indicated that 100 mgs of Vitamin B1 daily may slow down the progression of Alzheimers and greatly help concentration ability.

More study is needed, as scientists do not yet know the precise causes of Alzheimer’s disease, though they are mostly agreed that factors in the modern environment are responsible for damage to the brain.

‘Wet Beriberi’ will manifest in fast heart beat, fluid retention in the legs and hypotension.

‘Infantile Beriberi’ is when newborn children of women with thiamine deficiency inherit the problem from mother’s milk, and may suffer heart failure and loss of reflexes.

Pregnant women should make sure they are not thiamine-deficient.

You will NOT obtain all the essential vitamins and minerals your body requires, including Vitamin B1, from the Standard American Diet.

That is why so many people seek whole food dietary supplements to compensate for the nutrient deficiencies in the modern industrialized farm and food system.

Vitamin B1 is included in the following Optimal Health Systems products: