Balancing ratio of Omega-6 to Omega-3 fats lowers chronic pain, according to research 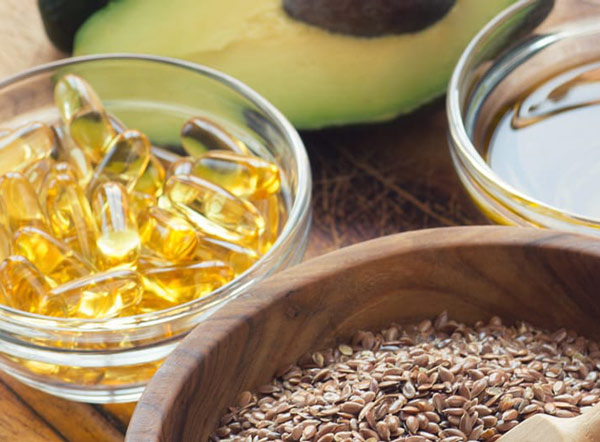 A new study has found that a typical Western diet high in Omega-6 oils increases the risk of chronic pain. Meanwhile, reversing this diet, and balancing the Omega-6 to Omega-3 ratio, improved the same chronic pain.

The research was conducted by The University of Texas Health Science Center at San Antonio (UT Health), and was published in the journal Nature Metabolism in June 2021.

The research was conducted over a five year period as a collaboration by a team of 15 local researchers. The research paper was co-authored by researchers Jacob T. Boyd, MD, PhD, and Peter M. LoCoco, PhD, of the Department of Endodontics at UT Health San Antonio.

The relationship between Omega-3 and Omega-6 oils can be confusing for many consumers; however, you don’t have to be an expert to understand the basics.

The correct ratio of Omega-6 to Omega-3 is three-to-one or four-to-one. Unfortunately, in the modern Western diet the ratio is about 16 to one. This is due to the fact that so much of the Western diet is derived from fried, processed and packaged foods that are use vegetable oils–mostly corn and soybean oils.

In the new research, Dr. Boyd and his colleagues used multiple methods in both mice and humans to study the role of polyunsaturated Omega-6 oils in pain conditions.

They found that typical Western diets high in Omega-6 fats served as a significant risk factor for both inflammatory and neuropathic pain.

The researchers also determined that reversing the unhealthy diet—especially by lowering Omega-6 and increasing Omega-3 lipids—greatly reduced these pain conditions.

The authors also demonstrated that skin levels of Omega-6 lipids in patients with Type 2 diabetic neuropathic pain were strongly associated with reported pain levels and the need for taking analgesic drugs.

“This paper is a high-profile contribution for a huge unmet translational need as there are no treatments altering the nature of this neurological disease,” the researchers wrote.

Beyond the reference to diabetic neuropathic pain, the researchers provided advice to medical practitioners that sounds similar to that provided by nutritional coaches for the past two decades:

Or, stated simply, cutting Omega-6 intake should be one of the first steps taken for any patient dealing with chronic pain.

Optimal E.F.A. from Optimal Health Systems provides the right ratio of these two essential oils, and it supplies them from potent, healthy sources.