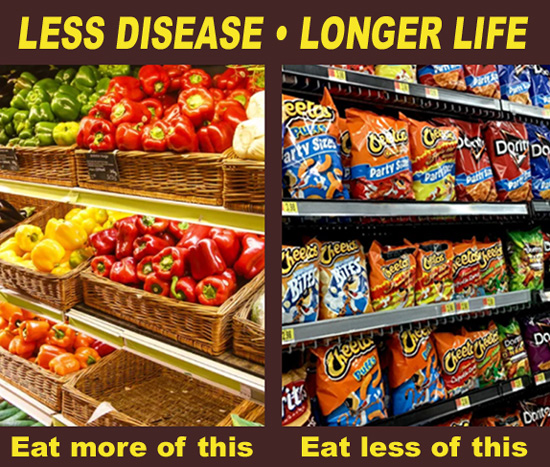 Notwithstanding decades of mounting evidence, most people still refuse to consider just how much damage is being done to their health by regularly consuming processed foods.

Just in the past nine months alone, dozens of studies have concluded that processed food consumption is causing a wide range of health issues—including shortening lives.

Ultra-processed foods, or what most people refer to as “junk” foods, are especially damaging.

Here are five studies published in 2022 that may convince you to reduce processed food consumption—and hopefully increase consumption of fresh, natural foods.

A high intake of ultrprocessed foods doesn’t take years to manifest itself negatively. The effects can be obsserved in children before they even start kindergarten.

To conduct the study researchers at Sacred Heart University in Fairfield, Connecticut analyzed data from the National Health and Nutrition Examination Survey (NHANES).

The study was presented at the annual meeting of the American Society for Nutrition held in June 2022.

Findings are generalizable to the entire U.S. as well as other Western countries with similar ultra-processed food intakes. The study was conducted by researchers from Florida Atlantic University’s Schmidt College of Medicine, in collaboration with researchers at other colleges.

The research was published online by Cambridge University Press in July 2022.

A study of 200,000 participants found that men who consumed high rates of ultra-processed foods had a 29% higher risk for developing colorectal cancer when compared to men who consumed the lowest amounts.

In that particular study researchers did not find the same association in women; however, other studies on women have linked processed food consumption with breast cancer.

The study was a collaboration between researchers at Tufts University and Harvard University. Results were published in The British Medical Journal in August 2022.

4. INCREASED RISK OF DEMENTIA IN ELDERLY

According to research conducted at Tianjin Medical University in China, people who eat the highest amounts of ultra-processed foods have a higher risk of developing dementia compared to those who eat the lower amounts. Researchers also found that replacing the junk food in a person’s diet with unprocessed or minimally-processed foods was associated with a lower risk.

The study only shows an association between ultra-processed foods and dementia. It does not prove causation. Still, it is one more piece of the puzzle, when weighing all the evidence together, that points to the damage processed foods cause to mental well-being.

Though the research was conducted in China, it was an analysis of data on 72,000 UK residents tracked over a 10-year period. The study was published in Neurology in September 2022.

A study from Brazil has found that increased consumption of ultra-processed foods was associated with more than 10% of all-cause premature, preventable deaths in 2019. Based on the current population researchers estimated this would amount to approximately 57,000 deaths per year in Brazil.

For this reason researchers posit that the carnage caused by processed-food consumption would be even greater in the U.S.

The study was published in the American Journal of Preventive Medicine in November 2022.

Optimal Health Systems offers a myriad of choices to provide the nutrients missing in a diet high in ultra-processed foods.

For example, Complete Nutrition Plus is the ultimate nutritional supplement, providing a clean blend of plant-based proteins, carbs and healthy fats—in perfect ratios.

Other powders offered by Optimal Health Systems include:

Sources: Links to study details provided in each study above. 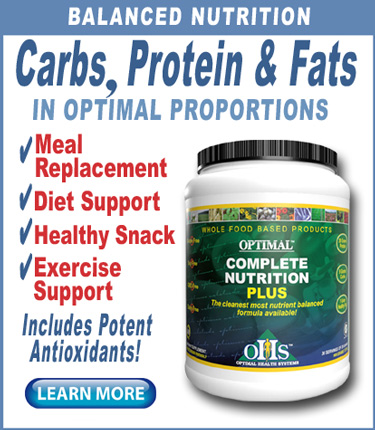