A new meta analysis that surveyed 40 earlier trials on Omega-3 fatty acids is cementing the fact that the nutrient is absolutely critical for cardiovascular health.

The survey totaled 135,266 subjects and the results were published earlier this month in the journal Mayo Clinic Proceedings​.

The researchers concluded that EPA and DHA Omega-3 intake is associated with a significant reduced risk of coronary heart disease events—the cause of 7.4 million deaths globally each year. EPA and DHA  consumption also reduced the risk of heart attacks. 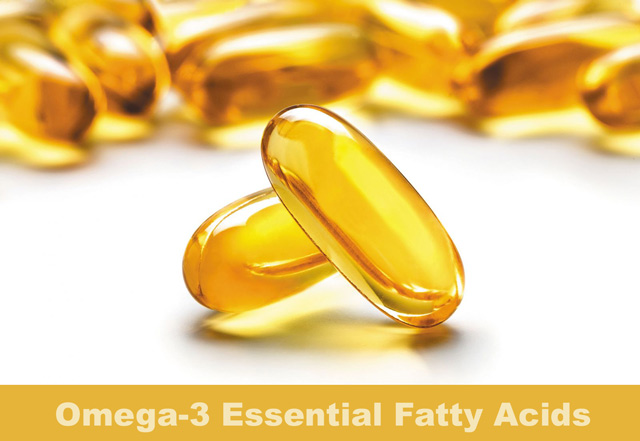 The dosages consumed by the subjects ranged from less than 800 mg a day up to 5.5 grams a day. The weighted average across the 40 studies came out to 1,221 mg of Omega-3s per day.

One of the study’s authors, Carl “Chip” Lavie, MD, a cardiologist at Ochsner Health in New Orleans, said, “The study supports the notion that EPA and DHA intake contributes to cardioprotection, and that whatever patients are getting through the diet, they likely need more.”​

The researchers noted that such an expansive meta analysis would not have been possible just a few years ago. However, during the past few years studies have been expanded to include far greater numbers of subjects. 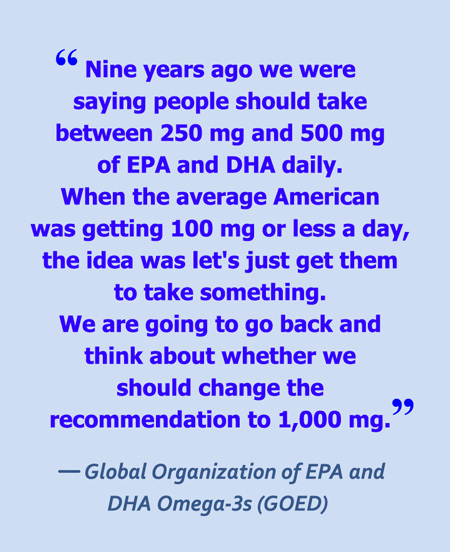 This is due in large part because pharmaceutical companies have invested heavily in Omega-3 manufacturing facilities in recent years—and are eager to fund studies that prove health benefits.

The meta analysis found that supplementation with Omega-3s was associated with reduced disease risk in the following categories:

“The combined results of our meta-analysis and meta-regressions provide strong evidence of the effectiveness of EPA and DHA intake in the prevention of adverse cardiovascular disease outcomes,”​ the authors concluded.

Among the authors is Aldo Bernasconi, PhD, vice president of data science for the Global Organization of EPA and DHA Omega-3s. Other authors are associated with institutes and universities in Idaho, Louisiana and Finland.

Despite significant advances in the prevention and treatment of cardiovascular diseases, they remain the leading cause of mortality in the United States and most of the world.

According to the Centers for Disease Control and Prevention, diseases of the heart accounted for 23.1% and cerebrovascular diseases for 5.2% of all deaths in the United States in 2017.

In their summary conclusion, researchers noted the need for Omega-3 supplementing to be incorporated more widely in the medical community:

“The current study presents strong evidence that EPA plus DHA supplementation is an effective strategy for the prevention of certain CVD outcomes, and… the protective effect appears to increase with dosage.

“Considering the relatively low costs and side effect profiles of Omega-3 supplementation and the low drug-drug interactions with other standard therapies used in primary and secondary CVD prevention, clinicians and patients should consider the potential benefits of Omega-3 supplementation, especially using 1000 to 2000 mg/day dosages, which are rarely obtained in most Westernized diets, even those including some routine fish consumption.”