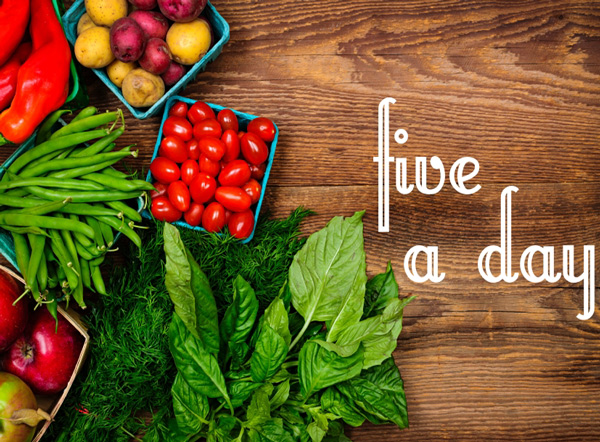 Children who eat a diet that includes regular fruit and vegetables have better mental well-being, a new UK study has found.

The research, published in September in BMJ Nutrition, Prevention & Health, found eating more fruit and veggies was linked to improved mental health among both primary and secondary school pupils.

The research also clearly showed that more was better: The children who consumed five or more portions of fruit and veggies each day had the highest mental health scores. The UK government has promoted fruit and vegetable consumption with its “Five a Day” program for almost two decades.

To conduct the study researchers from University of East Anglia (UEA) studied data from almost 9,000 children in 50 schools across Norfolk County in England. The data was culled from the Norfolk Children and Young People’s Health and Well-being Survey, and included 7,570 secondary and 1,253 primary school children.

The daily dietary choices of the children was self-reported by the children and their parents. The children then took part in age-appropriate tests to determine overall mental well-being.

The testing ascertains overall well-being by detailed grading in dozens of different categories where there is overall scientific agreement. These “gradings” include cheerfulness, relaxation and having good interpersonal relationships.

The researchers wrote that their goal was to determine how much of an impact good nutrition had on mental well-being, since it is an area of health that has been mostly overlooked in favor of general or physical health.

“While the links between nutrition and physical health are well understood, until now, not much has been known about whether nutrition plays a part in children’s emotional well-being. So, we set out to investigate the association between dietary choices and mental well-being among schoolchildren,” said lead researcher Prof Ailsa Welch, from UEA’s Norwich Medical School.

While the purpose of the research was to determine if there was a link between healthy foods and good mental health, the researchers did theorize on the mechanism involved based on other observational studies:

“There is also some rationale for the concept of a causal relationship between nutrition and mental well-being due to a number of direct effects on biological processes including oxidative processes, inflammation and immunity, and brain signalling molecules, which may affect the way an individual feels and perceives their well-being.”.

Unfortunately, even while research is highlighting the proven benefits of fruit and vegetable consumption, a related 2020 study showed that fruit and veggie consumption by children has declined in the UK due to Covid lockdowns mandated by the government.

Ensure your child receives the benefits of daily fruits and veggies

An easy way to ensure your child receives the antioxidant benefit of multiple servings of fruit and vegetables each day is to provide them with a daily scoop of Fruit & Veggie Plus from Optimal Health Systems.

Not only is Fruit & Veggie Plus delicious, it provides a wide variety of phytonutrients from the 40 different fruits, vegetables and herbs it is made from. In fact, just one serving-scoop provides more than 13 times the antioxidant potency that the average American consumes each day.