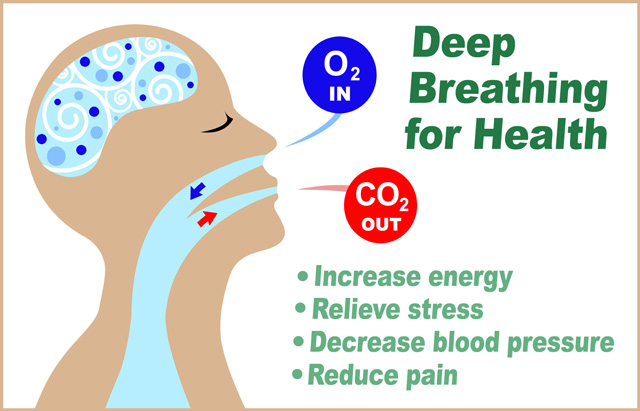 The research, conducted at University of Colorado at Boulder also found improvement in several other measures of vascular health.

The study was published in June 2021 in the Journal of the American Heart Association.

The study focused on a time-saving maneuver known as High-Resistance Inspiratory Muscle Strength Training (IMST), and provided the strongest evidence yet that it could play a key role in helping aging adults fend off cardiovascular disease. Cardiovascular disease is the nation’s leading killer.

Deep breathing has long been associated with building health—in traditional medicines of the East. It is only in recent decades that it has become more prominent in Western medicine.

A 2016 article in Harvard Health Publishing highlighted the importance of deep breathing as it relates to controlling stress:

Deep, slow breathing is the oldest and best-known technique to decrease stress. Simply taking a deep breath is one way to start. A focus on breathing lies at the core of various relaxation techniques. Yogis have incorporated slow breathing as part of meditation practices for centuries, and in the 1970s, the medical world formalized this connection when Dr. Herbert Benson first described the “relaxation response.”

Meanwhile, IMST uses a device to speed up the process. It was developed in the 1980s as a way to help critically ill respiratory disease patients strengthen their diaphragm and other inspiratory (breathing) muscles. It involves inhaling vigorously through a hand-held device which provides resistance.

To put it in the words of the researchers, “Imagine sucking hard through a tube that sucks back.”

Initially, when prescribing it for breathing disorders, doctors recommended a 30-minute-per-day regimen at low resistance. But in recent years researchers have been testing whether a more time-efficient protocol—30 inhalations per day at high resistance, six days per week—could also reap cardiovascular, cognitive and sports performance improvements.

For the new study, UC Boulder researchers recruited 36 otherwise healthy adults ages 50 to 79 with above normal systolic blood pressure (120 millimeters of mercury or higher). Half did High-Resistance IMST for six weeks and half did a placebo protocol in which the resistance was much lower.

“We found that not only is it more time-efficient than traditional exercise programs, the benefits may be longer lasting,” the researchers noted.

To download and print a one-page PDF of The Optimal Breathing Technique, please click the link below:

After six weeks the ISMT group saw their systolic pressure dip nine points on average—an amount that exceeded what is normally accomplished by walking 30 minutes a day for five days a week.

The reduction was also similar to the amount achieved with some common blood pressure medications.

Even six weeks after completing the ISMT program, the ISMT participants maintained most of the improvement.

The treatment group also saw a 45% improvement in vascular endothelial function, or the ability for arteries to expand upon stimulation, and a significant increase in levels of nitric oxide. Nitric oxide is a molecule that is essential for dilating arteries and preventing plaque buildup. Nitric oxide levels naturally decline with age.
In addition, markers of inflammation and oxidative stress, which can also boost heart attack risk, were significantly lower after people did IMST. And, remarkably, those in the IMST group completed 95% of the sessions. 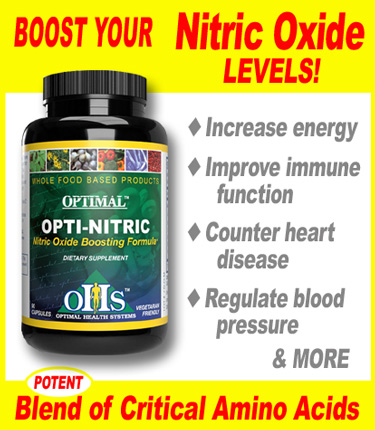 “We have identified a novel form of therapy that lowers blood pressure without giving people pharmacological compounds and with much higher adherence than aerobic exercise,” said senior author Doug Seals, a Distinguished Professor of Integrative Physiology. “That’s noteworthy.”

To learn more about the supplemental nutrients that can raise nitric oxide levels, click on the Opti-Nitric banner ad on this page.