Even a mild iodine deficiency can reduce female fertility 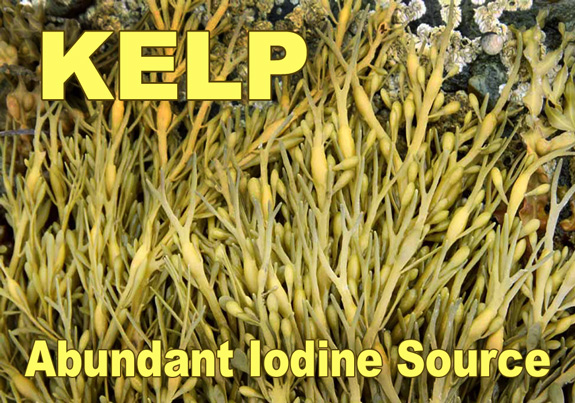 Have you ever wondered why the salt you buy at the grocery store says “iodized salt” on it? It says this because the essential trace mineral iodine has been added to the salt during the packaging process.

Many governments of the world started adding iodine to salt in the latter part of the twentieth century as a cheap and efficient way to prevent a condition known as iodine deficiency disorder (IDD).

IDD may result in metabolic problems such as goiter and hypothyroidism. IDD also causes fertility issues for women, and slows proper neurodevelopment in children.

But while much is known about the health issues caused by severe IDD, a lot less is known about whether or not mild deficiencies are also a concern. Now new research from China appears to indicate an emphatic yes!

According to the authors of the study, iodine’s impact on women’s fertility is often overlooked and should be given greater consideration by the medical community. The known risk factors for severe IDD include spontaneous abortion, stillbirth, premature birth, and a decrease in fecundability (the potential to bear children).

To conduct the study researchers used data collected on pregnant women from Zhejiang province in eastern China. The researchers tabulated information on the urinary iodine concentration on a total of 1653 eligible participants. Iodine intake was assessed according to the criteria of the World Health Organization.

The women were required to provide samples of spot urine and household cooking salt to determine iodine concentration. In interviews, the women were asked about assistance to conceive, time to conception, history of pregnancies, age, weight, thyroid diseases, and other potential confounders.

Median urinary iodine concentration in the population at large was used to assess iodine intake.

The study was sponsored by Zhejiang Provincial Center for Disease Control and Prevention in Hangzhou, China. The findings were published in the scientific journal Nutrients in July, 2021.

An earlier U.S. study found that “moderate to severe iodine deficiency is associated with a 46% decrease in fecundability.”

The study was a population-based prospective cohort study with 501 participants aged 18-40, and was funded by the National Institutes of Health.

Findings of the study were published in the journal Human Reproduction in March, 2018.

Writing in the study summary the researchers concluded: “Our study showed that women with mild iodine deficiency showed a positive association with risk of prolonged time to pregnancy. These findings indicate the importance of ongoing monitoring of iodine nutrition in women of reproductive age. Keeping a safe and optimal level of iodine nutrition during pregnancy should be emphasized.”

Though the findings of the study highlight the importance of women maintaining optimal levels of iodine intake, other studies show that half of pre-natal supplements recommended by doctors do not include iodine.

It is likely that many pediatricians do not consider iodine intake a critical issue due to the decades-old government policy of adding iodine to table salt and other foods.

Though many foods contain iodine, the majority of them only contain minute amounts—so achieving an adequate intake of iodine can be difficult for many people.

A study conducted by Royal North Shore Hospital in St. Leonards, Australia, found that 74% of healthy adults may not be getting adequate amounts of iodine through diet alone.

In addition, holistic health experts agree that relying on iodized table salt to get the right amount of iodine is not a wise option. This is because commercial salt is produced in the cheapest way possible, utilizing harsh chemicals—ultimately leading to an unhealthy, and possibly toxic, food.

The most abundant source of iodine is seaweed; however, seaweed is rarely consumed in western countries. Most people acquire nominal amounts of iodine from fish and dairy, and even more minute amounts from non-seaweed plant foods. For this reason, most people can benefit from iodine supplementing. For women of child-bearing age supplementing is even more beneficial.

This exact combination has been proven many times to be more beneficial than any other single form of iodine. 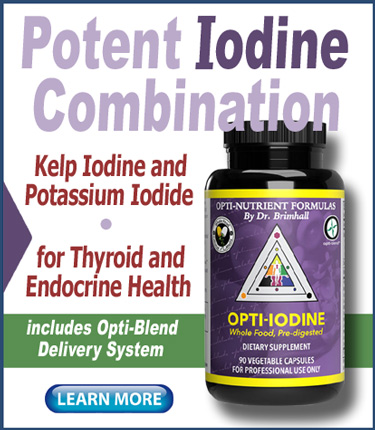