Even healthy people benefit from multi-strain probiotics, according to study

A daily dose of multi-strain probiotics could help improve intestinal health even in healthy people, according to new research conducted in the Netherlands.

Dutch and Swiss researchers investigated the effects of multispecies probiotic formulation on gut health and quality of life in a group of 40 healthy subjects.

The study was funded by the Dutch probiotic firm Winclove and Swiss. 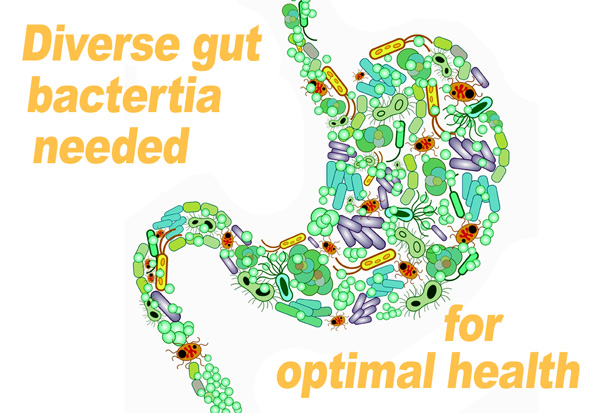 Led by Swiss researcher Fritz Grossenbacher, the team stated that the research was an “initial observational study” set up to evaluate the feasibility of conducting a larger randomized controlled trial to investigate the effect of the multi-strain probiotic in healthy people.

Writing in Advances in Microbiology, the research team revealed that a six week supplementation with a multi-strain probiotic influenced “markers” of gut health and quality of life in a positve way.

These markers included the relief of gastrointestinal symptoms such as gastric pain, bloating and flatulence.

“Our observational study shows that gastrointestinal symptoms are quite common in otherwise healthy adults,” stated the Swiss-Dutch team.

The team noted that these results were to be expected given that participants for the study were recruited after visiting a therapist with non-specific GI-complaints.

Grossenbacher and colleagues revealed that through the six week study total gastrointestinal (GI) symptom score was significantly reduced from an average of 10 at baseline to six.

Furthermore, after the probiotic intervention the percentage of participants whom were ‘fully resolved’ of particular symptoms—including GI pain, bloating, and flatulence—significantly increased from baseline.

In a press release, the team noted that while probiotics have been the focus of a vast body of research in the past two decades, the beneficial effect on healthy people has been less explored than the effect on symptoms of chronic gastrointestinal diseases.

However, healthy people who do not suffer from diagnosed chronic gastrointestinal disorders, can still regularly experience periods of intestinal discomfort, the team said.

These common symptoms can include flatulence, bloating, constipation and diarrhoea.

“Although these symptoms usually do not require immediate medical attention, they can have a profound impact on quality of life,” the team stated in its press release.

Optimal Health Systems has promoted the importance of supplementing with multiple strains of beneficial bacteria (probiotics) for over two decades.