Five studies indicating colostrum can keep you healthy this winter

It’s that time of year when people you think of as “really healthy” seem to drop like flies as the yearly cold and flu season rolls around.

In fact, the media reported last week that eight members of the Superbowl-winning New England Patriots were unable to play due to illness.

If elite athletes can’t avoid getting sick, then how on earth can the rest of us hope to get through the season without succumbing?

After all, these are people who represent the pinnacle of healthfulness; who follow the rules and get a flu shot; who even have a team doctor to advise them on health matters. 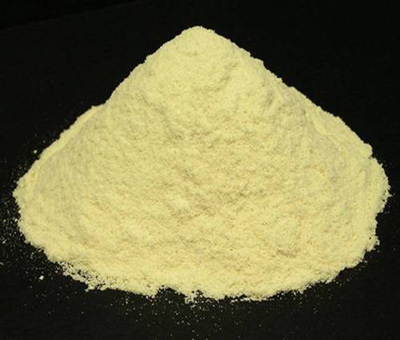 Well, one tool in our immune-building arsenal—one that is seldom mentioned amongst the endless flu shot promoting—is nutrition. And of all the nutrients at our disposal, one super-food nutrient in particular stands out: colostrum.

Colostrum, sometimes called “first milk,” is the first form of milk produced by the mammary glands of mammals immediately following delivery of the newborn. For the purpose of making nutritional supplements, colostrum is usually bovine sourced.

Since newborns have very immature and small digestive systems, the colostrum delivers its nutrients in a very concentrated low-volume form. These are the same constituents that appeal to food manufacturers for human nutrition.

Colostrum, which is generated just prior to giving birth, contains immune cells (as lymphocytes) and various antibodies.

The health benefits of colostrum are varied, and the studies supporting its use are numerous. Here are six studies from various countries and institutions over the past decade:

1. A 2012 placebo-controlled, double-blind, randomized cross-over trial showed that a single dose of bovine colostrum significantly increased phagocytes—immune cells that destroy foreign invaders.  The study also showed a short-term increase in “natural killer cell activity” within one to two hours after consuming colostrum, providing another indication that colostrum prepares the immune system to fight.(1)

2. A 2013 study conducted in India established that colostrum works by “improving passive immunity,” which prepares the body for fighting once it comes in contact with a foreign cell.(2)

3. For those trying to build their immune system for cold and flu season, a 2016 study provides hope. Researchers in Egypt determined colostrum can help reduce the number and severity of upper respiratory tract infections in children.(3)

4. An earlier study in 2003 showed the same results for adults. A study on adult males conducted by the University of South Australia showed that bovine colostrum significantly reduced the risk of upper respiratory tract infection compared to a placebo.(4)

5. Since falling prey to illness is exacerbated by stress, the fact that colostrum can offset the side effects of stressors is another important aspect. A 2010 study, published by Cambridge University Press, involved prolonged exercise as a physical stressor and showed that four weeks of bovine colostrum supplementation helped “prevent decreases in immunity parameters.”(5)

6. Lastly, since optimal gut health is linked inexorably to a strong immune system, we should take a look at whether colostrum helps the gut. Here we can turn to 2017 research conducted by Pomeranian Medical University in Poland. This double-blind, placebo-controlled study showed that 500 mg of colostrum a day, taken for a period of 20 days, resulted in decreased intestinal permeability compared to a placebo.(6)

Colostrum is just one nutrient in a long list of ingredients that can help with building the immune system (though it is clearly a potent and proven one).

Other research-backed nutrients include Echinacea, Beta Glucan, Astragalus, Magnesium Glycyl Glutamine and probiotics. All of these nutrients (and others) can be found in the potent immune-building product Optimal Defense, offered by Optimal Health Systems.

Sources as numbered above: