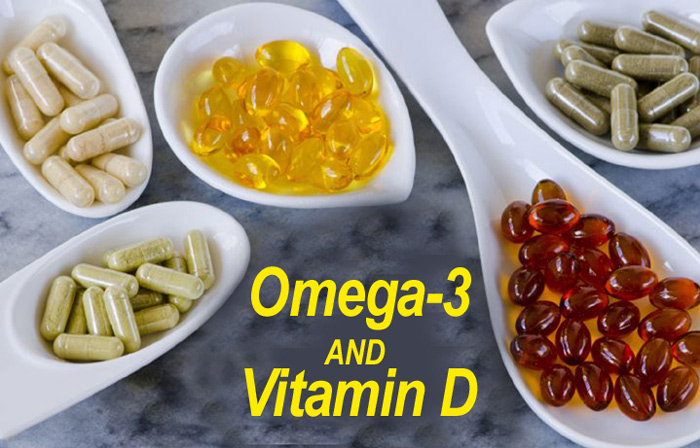 A new study conducted at Brigham and Women’s Hospital at Harvard University found that people who took Vitamin D and Omega-3 fatty acids had a significantly lower rate of autoimmune diseases.

Vitamin D alone was also shown to reduce autoimmune disease when compared to a placebo group.

A large-scale and long-term study

The research was part of the VITAL study at Brigham and Women’s Hospital. The VITAL study is an ongoing research project following 25,871 men and women across the U.S. to determine whether taking Vitamin D3 and/or Omega-3 fatty acid supplements reduced the risk for developing cancer, heart disease and stroke in people who do not have a prior history of these illnesses.

“It is exciting to have these new and positive results for nontoxic vitamins and supplements preventing potentially highly morbid diseases,” said senior author Karen Costenbader of the Brigham’s Division of Rheumatology, Inflammation and Immunity.

“This is the first direct evidence we have that daily supplementation may reduce autoimmune diseases incidence, and what looks like more pronounced effect after two years of supplementation for Vitamin D. We look forward to honing and expanding our findings and encourage professional societies to consider these results and emerging data when developing future guidelines for the prevention of autoimmune diseases in midlife and older adults,” said Costenbader.

Among patients who were randomized to receive Vitamin D, 123 participants in the treatment group and 155 in the placebo group were diagnosed with confirmed autoimmune diseases during the trial period. This represents a 22% reduction in autoimmune diseases for the test subjects who took supplements.

Among those in the fatty acid only group, confirmed autoimmune diseases occurred in 130 participants in the treatment group and 148 in the placebo group. This amount, though a reduction, is considered not statistically significant; however, the researchers did find evidence of an increased effect after longer duration of supplementation.

The VITAL study included a large and diverse sample of participants; however, all participants were older. This means the results may not apply to younger individuals who experience autoimmune diseases earlier in life. The trial also only tested one dose and one formulation of each of the two nutrients. As is typical in many early studies, the researchers note that a longer follow-up may be more informative to assess whether the effects are long-lasting.

“Autoimmune diseases are common in older adults and negatively affect health and life expectancy. Until now, we have had no proven way of preventing them, and now, for the first time, we do,” said lead author of the study, Jill Hahn, a postdoctoral fellow at Brigham and Women’s Hospital. “It would be exciting if we could go on to verify the same preventive effects in younger individuals.”

For a proven, effective Omega-3 product look no further than Optimal E.F.A. from Optimal Health Systems. Optimal E.F.A. is made from safe, potent plant sources—algae, flaxseed and borage oils.