The occurrence of type 2 diabetes is increasing around the world; however, there is good news: It’s easy to lower the risk.

New research from Europe has demonstrated that every 66 gram per day increase in total fruit and vegetable intake–approximately the size of an apple–is associated with a 25% lower risk of developing type 2 diabetes.

The research was published in the British Medical Journal earlier this month. 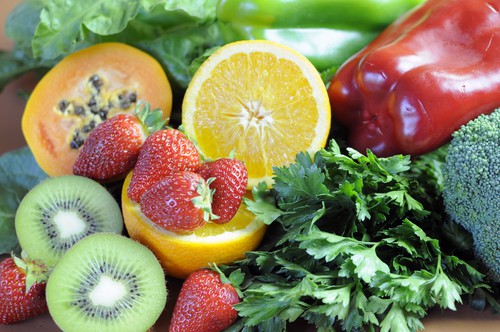 The encouraging research demonstrates that even modest adjustments to one’s diet can achieve surprisingly beneficial results.

To conduct the study, a team of European researchers examined the association between blood levels of Vitamin C and carotenoids (pigments found in colourful fruits and vegetables) with risk of developing type 2 diabetes.

The study subjects were participants in the European Prospective Investigation into Cancer and Nutrition (EPIC) study. The EPIC study included 340,234 participants from eight European countries.

The researchers compared 9,754 adults who developed new-onset type 2 diabetes during the follow-up period with a comparison group of 13,662 adults who remained free of diabetes.

The researchers adjusted for lifestyle and social and dietary risk factors for diabetes.

Focus on Vitamin C and carotenoids

Higher blood levels of both Vitamin C and carotenoids were associated with a lower risk of developing type 2 diabetes. When their sum was combined—a “composite biomarker score”—it also resulted in a lower risk.

The risk in those with biomarker scores between these two extremes was intermediate.

Researchers noted the study was observational, so can’t establish cause. There’s also a possibility that some of the results may be due to unmeasured (confounding) factors.

However, the study did take into account several well known lifestyle risk factors and markers of dietary quality. And the findings do back up other research linking fruit and vegetable intake with better health.

As such, the research team said their findings provide further support for current recommendations to increase fruit and vegetables as part of a healthy diet to prevent type 2 diabetes.

Most promising of all, researchers noted the study proved that the portions of the populace who don’t regularly consume a healthy diet can benefit from even small improvements.

And with the convenience of nutritional supplements, increasing fruit and vegetable intake is easy even for people with a hectic schedule.

Fruit & Veggie Plus from Optimal Health Systems provides 38 fruits, vegetables, organic juices, herbs and extracts in the form of a highly-potent and delicious powder.