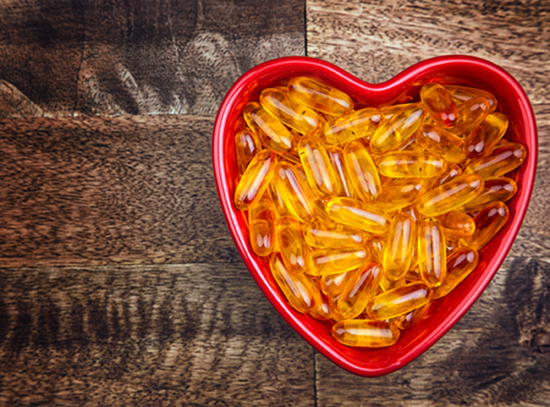 Most people know that Omega-3 essential fatty acids are important for maintaining cardiovascular health, but they might be surprised to learn just how important those protective benefits are.

According to new research, published in the American Journal of Clinical Nutrition in June 2021, having low Omega-3 blood concentration is just as risky as smoking.

Or, to put it the way the researshers do, low Omega-3 levels are as powerful a predictor of early death as smoking.

The findings come from an analysis of 11 years of data from the Framingham Offspring Cohort, one of the longest running studies in the world.

The study was led by researchers at the Fatty Acid Research Institute and included data from 2,240 subjects. Researchers tallied results using an Omega-3 level measuring system known as the Omega-3 Index.

To better understand how this measuring correlates to life expectancy, researchers can compare to a country—like Japan—where the Omega-3 index is much higher due to a diet that is high in Omega-3 foods such like fish, seaweed and algae.

“In the final combined model, smoking and the Omega-3 Index seem to be the most easily modified risk factors. Being a current smoker [at age 65] is predicted to subtract more than four years of life [compared with not smoking], a life-shortening equivalent to having a low vs. a high Omega-3 index,” added McBurney.

In the study, which had a follow-up period of 7.3 years in participants between the ages of 66 and 73, the baseline Omega-3 index was significantly and inversely associated with all-cause mortality.

These results of the study are similar to those found in previous landmark studies: the Women’s Health Initiative Memory Study; the Heart and Soul Study; and the Ludwigshafen Risk and Cardiovascular Health Study.

Despite the importance of Omega-3s relative to cardiovascular health, it’s a nutrient that doesn’t usually make it on the radar of public health agencies—so consumer awareness remains low. It is not required to be listed on food labels.

Though the current study focused on EPA and DHA Omega-3s, there are actually three types of Omega-3s:

All three Omega-3 essential fatty acids can be found in Optimal E.F.A. by Optimal Health Systems.