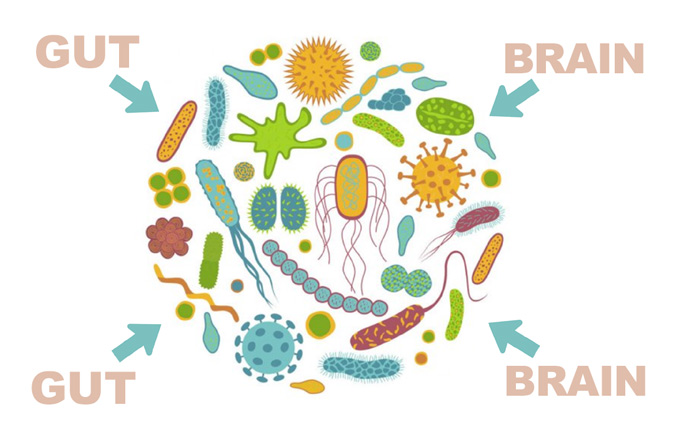 The legendary Fountain of Youth is a magical spring that restores the youth of anyone who drinks or bathes in its waters. Tales of such a fountain have been recounted around the world for thousands of years.

The mythical fountain has never been found; however, new research suggests there’s an easy way to turn back the hands of time for at least one part of the body—your brain.

The study, conducted on mice, determined that it was possible to reverse aging in the brain by restoring microbes in the gut.

The research was conducted at APC Microbiome Ireland  at University College Cork and was published in the international scientific journal Nature Aging. The researchers called the study ground-breaking since it opens up a new sphere of study involving the gut-brain axis.

The gut–brain axis is the biochemical signaling process that takes place between the gastrointestinal tract and the central nervous system. In most scientific studies, the term “gut–brain axis” refers specifically to the role that gut flora plays in this communication. Though some scientists point out this would technically be “microbiota–gut–brain axis” for most people the shorter terminology has come to represent the communication between gut microbes and brain.

As people age it becomes more difficult to maintain healthy brain function. Though this fact of life is not new, many countries—like the U.S., India and China—are facing growing elderly populations. With this in mind, researchers have been exploring new therapeutic avenues in the form of microbial-based interventions to slow down brain aging and associated cognitive problems.

“Previous research published by the APC and other groups internationally has shown that the gut microbiome plays a key role in aging and the aging process. This new research is a potential game changer, as we have established that the microbiome can be harnessed to reverse age-related brain deterioration. We also see evidence of improved learning ability and cognitive function,” said Prof Cryan.

In addition, the improvements in brain function in the older mice was accomplished by directly transplanting microbes from young animals into their elderly counterparts. It still remains to be seen if the same results can be duplicated by improving the gut microbiome with probiotic supplements and foods.

Still, the researchers note there is a growing appreciation of the importance of the microbes in the gut on all aspects of physiology and medicine, and based on earlier gut-brain studies, it is not surprising that preliminary findings suggest that a healthier gut equates to a younger brain.

The researchers summarized: “The study opens up possibilities in the future to modulate gut microbiota as a therapeutic target to influence brain health.”

With that in mind, it’s likely we will one day see an expanded role for probiotics. A role where probiotics are not only a digestion and immune defense nutrient—but also a brain nutrient.

Optimal Health Systems has long recognized the importance of maintaining an optimal gut-brain axis and offers a number of products containing multiple-strain probiotic blends. Click links below to learn more: