“NAD” is an acronym for Nicotinamide adenine dinucleotide. NAD is an enzyme, or more accurately a co-enzyme, central to metabolism. It is found in all living cells and is involved in redox reactions—carrying electrons from one reaction to another.

Though NAD is critical in numerous biological functions, it is probably best known for its role in energy and brain function. Optimal NAD level has also been shown to be a protective factor against cardiovascular diseases.

NAD exists in two forms: One form is an oxidized and reduced form, abbreviated as NAD+. The other is NADH, with the H signifying hydrogen. 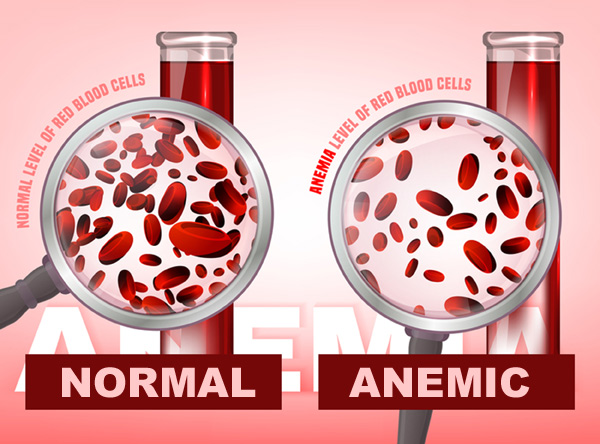 Low levels of NAD have been implicated in reduced mental ability, lack of energy, and cognitive decline as people age. NAD has been shown to produce energy at the cell level, so it could be said that it is critical for life itself.

Now a new study from China has found that low NAD levels in the blood is linked to anemia in women. The association was especially evident in women suffering from microcytic anemia and normocytic anemia. The study was published in the Journal of Cellular and Molecular Medicine in April 2022.

A link between energy-producing NAD and anemia is not surprising since a major symptom of anemia is low energy.

The study was sponsored by the Chinese health food company BYHEALTH, and was the second recent NAD study they sponsored. The first study, published in Frontiers in Endocrinology in March 2022, found that NAD loss was significantly higher in middle-aged men than women during the aging process.

The new study utilized data gathered from 727 women with a mean age of 42.7 years old. The NAD level of test subjects was measured based on the amount found in their blood. Blood samples were collected from their large antecubital veins (veins from the upper limb) after an overnight fasting.

The researchers then grouped the women into four quartiles based on the NAD levels found in their blood. Anemia was determined by hemoglobin concentration, while the sub-types of anemia that the women suffered from were further assessed based on mean corpuscular volume in blood.

Results showed that anemia was most prevalent among women in the lowest NAD group (lowest quartile of NAD as measured in the blood). In this lowest quartile 35 out of 178 women were found to have anemia—19.7% of the women.

The percentage became lower further up the quartiles: 4.8% in the second-lowest quartile; 3.4% in the third-lowest quartile; and only 2.7% in the fourth quartile (group with highest level of NAD in blood). Put simply, the more NAD measured in the blood, the less chance of anemia.

Though NAD level has a proven link with many aspects of health, the researchers cautioned that the new study is preliminary and only shows a correlation. Causation may be proven without a doubt with expanded follow-up studies.

“Whether NAD is involved in the occurrence and development of anemia, has core effect or just was accompanied by appearance, still need to be studied in future research,” the researchers wrote in their summary

Research on NAD and NAD pre-cursors has grown in recent years as research has established NAD’s role in virtually all biological functions.

In 2019 an humanitarian grant was provided to the University of Iowa in recognition for the ground-breaking NAD research conducted under the direction of Dr. Charles Brenner, Chair and Head of Biochemistry. Dr. Brenner’s research asserted that NAD was critical for “healthy aging, cellular energy, brain function, liver health, and metabolism.”