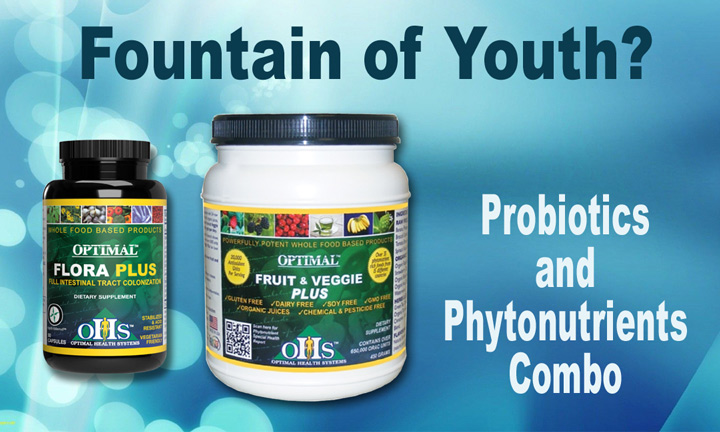 According to new research, a diet that includes probiotics and phytonutrients can make you look and feel younger in as little as eight weeks.

The multi-institutional U.S. study determined that certain diet and lifestyle changes may knock off as much as three years in “biological age.” The findings were published in the journal Aging in April 2021.

A biological age is estimated by examining different biomarkers that are known to predict a person’s functional capacity at a later age. This biological number can be substantially different from the actual chronological age.

DNA methylation is a biological process by which methyl groups are added to the DNA molecule. Methylation can change the activity of a DNA segment without changing the sequence. In mammals, DNA methylation is essential for normal development and aging; hence, it can be observed as a mechanism to assess the rate of aging.

One of the best-studied methylation-based mechanisms is the multi-tissue Horvath DNAmAge clock, which was used for this study. It is widely-accepted in the scientific community that the DNAmAge clock can predict all-cause mortality and multiple morbidities better than a person’s actual chronological age.

“The program was designed to target DNA methylation patterns identified as highly predictive of biological age,” explains Dr Kara Fitzgerald, a researcher at the Institute for Functional Medicine in Washington DC and lead author of the study.

“It is unique in its use of a safe, non-pharmaceutical dietary and lifestyle program, control group, and the extent of the age reduction. We are currently enrolling participants for a larger study which we expect will corroborate these findings.”
​

The study: Eight weeks to add three years of life

The randomized controlled clinical study enrolled 43 healthy adult males between the ages of 50-72 for an eight-week treatment program. The participants received guidance on diet, sleep, exercise and relaxation during the entire trial period.

The diet intervention was plant-centered and was supplemented daily with a fruit and vegetable powder and a probiotic. The probiotic supplement provided 20 billion colony forming units (CFU) of Lactobacillus plantarum​. The control group received no intervention.

“This study provides the first insight into the possibility of using natural alterations to target epigenetic processes and improve our well-being and perhaps even longevity and lifespan,”​ said Dr Moshe Szyf, an epigeneticist at McGill University and co-author of the study.

For proven probiotic and phytonutrient supplements, please see the full line of quality products from Optimal Health Systems, including: