The study, published June 2020 in Nutrients, reported a 25% drop in very-low-density lipoprotein (VLDL) and a 3% drop in total cholesterol (TC) level.

Omega−3 fatty acids, also called Omega-3 oils, are defined by Wikipedia as “polyunsaturated fatty acids characterized by the presence of a double bond three atoms away from the terminal methyl group in their chemical structure.” 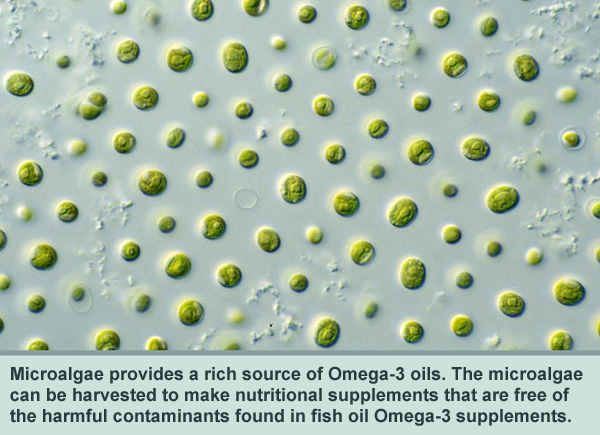 Are plant sources just as potent?

Omega-3s are widely distributed in nature, and play an important role in the human diet and in human physiology. Because of their critical nutritional role, nutritional supplements containing Omega-3 oils have grown in popularity during the past two decades.

The new research was sponsored by a manufacturer of Omega-3 oils; however, it was a double-blind, randomized, placebo-controlled study. Such studies are the industry standard for research and are commonly referred to as “RCT trials.”

The study comes at a critical time in the debate over the best food sources for creating Omega-3 supplements.

Traditionally, animal sources (primarily fish oils) have been used for creating Omega-3 supplements; however, in recent years manufacturers of plant-sourced products have marketed their products as the healthier option.

Advocates of plant-sourced products, however, say well-formulated plant products can be just as effective—and this study supports that claim.

To conduct the study researchers recruited 120 healthy volunteers to participate for a period of 12 weeks.

The experiment group took one Omega-3 capsule at breakfast, while the control group took a placebo.

With the findings of the trial showing cholesterol-lowering benefits, researchers explained the benefits were achieved because the Omega-3 supplementation had improved liver function.

The improvements in liver function meant that a lower amount of triglyiceride was produced and transported from the liver to the muscle and fat tissues. This in turn decreases VLDL and TC levels.

It is worth noting that this study concentrated on just one of the three types of Omega-3 oils—eicosapentaenoic acid, or EPA. The capsules used for the study included 250mg of EPA derived from microalgae.

“Highly purified EPA therapy has proven to be particularly effective in the treatment of cardiovascular disease, but less is known about the benefits of EPA-only supplementation for the general healthy population.”