Prostate cancer is the most common form of cancer for men. Men with larger waistlines could be at higher risk of developing prostate cancer, new research has suggested.

The study, by researchers at the University of Oxford, analyzed data on 130,000 men in aged in their fifties from eight different European countries. It found men were most at risk from the cancer when their waistline exceeds 37 inches (94 cm).

Men with a 37 inch waistline were found to have a 13% higher risk of aggressive prostate cancer than men with a waist of 33 inches (84cm).

The research suggests a higher mortality rate is associated a higher Body Mass Index (BMI), as it may be linked to more aggressive forms of the cancer, known as high grade prostate cancer.

CLA has been the focus of hundreds of studies. The short of it is it’s been proven to help reduce body fat by up to 4% over 12 weeks, and reduce food cravings while you’re at it. You should eat healthier and exercise on top of take one safe, proven pill.

CLA has hundreds of clinical studies backing its efficacy. For example, at an obesity conference, 180 overweight men and women with a BMI greater than 25% were supplemented with 3.4 grams of CLA per day over a full year. The participants recorded a 9% decrease in fat mass and a 2% increase in lean mass.

Another student conducted at the University of Barcelona in Spain measured the effects of CLA intake in 60 healthy men and women. Subjects who took CLA lost a significant amount of body fat, 78% of it coming off the belly region, while the placebo group actually GAINED fat mass.

CLA has been shown to increase energy expenditure by increasing basal metabolic rate, promoting increased heat and energy production and by increasing the amount of fat that you burn at rest (also known as lipid oxidation).

Also, studies on CLA’s role in fat cell creation show it tends to help you burn fat indirectly by preventing your body from storing it in the first place. This means that cheat days and cheat meals don’t spell the end of reaching your waistline goals. 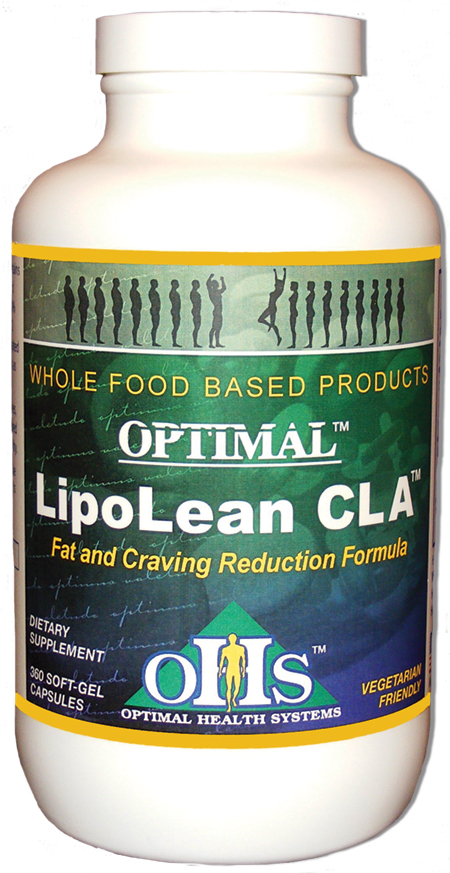 LipoLean CLA is the purest, best-tested, CLA available, and each capsule contains a full gram, meaning your daily pill count will be only 4. Even better, each of our bottles contains 360 capsules, meaning you don’t have to worry about buying another bottle before those 12 weeks are up. Optimal LipoLean CLA™ is pure CLA in a potency needed based on all the research. In order for it to be effective, you need to take 4 grams per day for 12 weeks. Your body acclimates to it for the first four weeks, preparing your cells to package up excess fat and remove it from your body. The next 8 weeks your body steadily removes up to 4% body fat.

The bottom line is the more you do to help CLA be effective, the better it works.