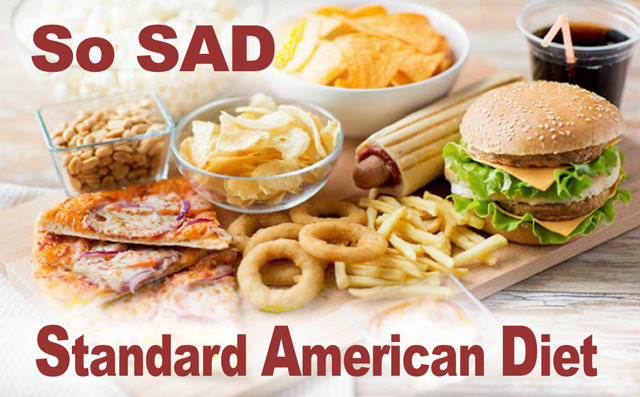 If you’re looking for a new new year’s resolution that’s practical, achievable and can add years to your life, why not set a goal to drastically reduce your inflammatory food intake?

Once considered the realm of “extremist nutritionists,” new research is now proving that people who choose an anti-inflammatory diet reduce their heart disease risk by 46% and their stroke risk by 28%.

The study was published in November, 2020 in the Journal of the American College of Cardiology.

An anti-inflammatory diet is considered to be one that greatly reduces red and deli meats, refined grains, high-sugar foods and beverages, most dairy products, and highly processed and packaged foods.

These types of foods have long been associated with increased acidity in the body, and chronic inflammation over the long-term.

In contrast, an anti-inflammatory diet would be high in fresh fruit and vegetables, whole grains, and fish in place of red meat.

It all starts with chronic inflammation

Previous studies have found that diet can influence inflammation levels, but long-term research focusing on whether adherence to anti-inflammatory diets was linked to decreased rates of heart disease or stroke was lacking.

For the new study researchers from the department of nutrition at Harvard T.H. Chan School of Public Health examined the participants from the Nurses’ Health Studies I and II. These long-term studies started in 1986, so the researchers had an extensive 32 years of follow-up material to work from.

After excluding participants with missing diet information or previously diagnosed heart disease, stroke or cancer, over 210,000 participants were included in the analysis. The participants completed a survey every four years to ascertain dietary intake.

“Using an empirically-developed, food-based dietary index to evaluate levels of inflammation associated with dietary intake, we found that dietary patterns with higher inflammatory potential were associated with an increased rate of cardiovascular disease,” said Jun Li, MD, PhD, lead author of the study. “Our study is among the first to link a food-based dietary inflammatory index with long-term risk of cardiovascular disease.”

The food-based Pro-inflammatory Dietary Index is based off 18 pre-defined food groups that together show the strongest associations with an increase in inflammatory biomarkers.

The researchers noted the study proved the need for consuming foods with higher levels of antioxidants and fiber to help combat inflammation. This would include green leafy vegetables, yellow vegetables, and whole grain bread and pastas over refined grains.

Though it appears painfully obvious, the researchers also noted the need to limit the intake of refined sugars, fried foods, sodas, red meat, organ meat and everything generally under the umbrella of “junk food.” These foods are among the major contributors to the pro-inflammatory dietary index.

In addition to dietary improvements, antioxidant intake can be increased with a quality nutritional supplement. For a delicious polyphenol-packed antioxidant drink, check out Fruit & Veggie Plus by Optimal Health Systems.

Source: Journal of the American College of Cardiology.