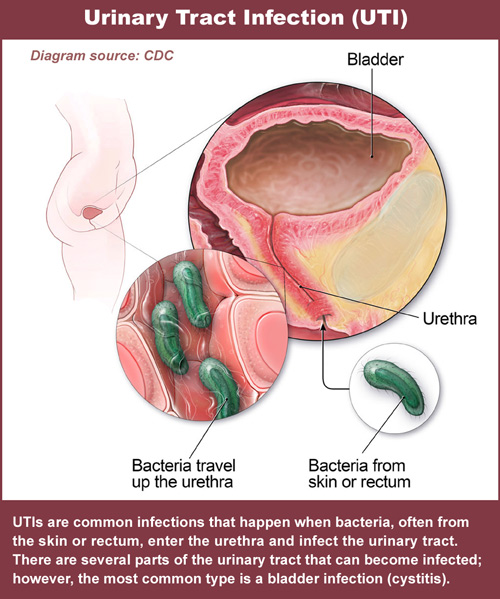 According to the Centers for Disease Control and Prevention, half the women in the U.S. will have a urinary tract infection (UTI) during their lifetime. Even more troubling, 25% of U.S. women will have recurrent infections.

Now a new study is reinforcing what some health advocates have said for many years—that the women who get these recurrent UTIs are caught in a vicious cycle in which the antibiotics used to kill the infection predispose them to develop another infection.

The study was published in Nature Microbiology in May 2022.

Researchers stated that the study clearly demonstrated that the prescribed antibiotics did not prevent future infections, or even clear UTI-causing strains from the gut. Moreover, the recurrence is actually made more likely by keeping the microbiome in a “disrupted state.”

In their conclusion, the authors of the study stated that the results underscore the importance of finding alternatives to antibiotics for treating UTIs.

Two alternatives the authors floated were strategies they said could “rebalance the microbiome” in order to prevent UTI recurrence: probiotic supplementing and fecal transplants.

The study—conducted at the Broad Institute of MIT and Harvard in Cambridge, Massachusetts—involved 31 participants who were observed over a three year period. Fifteen of the women had histories of recurrent UTIs and 16 women did not.

The participants provided urine and blood samples at the start of the study along with monthly stool samples. The researchers analyzed the bacterial composition in the stool samples and tested the urine for the presence of bacteria. They also measured gene expression in blood samples.

Over the course of a year there were 24 observed UTIs—all in participants with histories of repeated UTIs. Once the participants were diagnosed with a UTI, the researchers then took additional urine, blood and stool samples to examine.

“We think that women in the control group were able to clear the bacteria from their bladders before they caused disease, and women with recurrent UTI were not, because of a distinct immune response to bacterial invasion of the bladder potentially mediated by the gut microbiome,”​ explained Broad Institute scientist Colin Worby, PhD, a computational biologist and the paper’s lead author.

This situation is often surprising to women who suffer UTIs due to a lack of understanding of what an antibiotic is, and the wholesale failure of the medical establishment in disclosing risks to patients. In fact, an antibiotic—which literally means “opposing life” in the original Greek—not only destroys potentially dangerous bacteria, but also the beneficial bacteria that is linked to so many health benefits.

It’s worth noting that the microbiomes of women with recurrent infections were particularly low in bacteria that produce butyrate, a short-chain fatty acid with anti-inflammatory effects.

“The gut microbiome of individuals with a history of recurring UTI was significantly depleted in microbial richness and butyrate- producing bacteria compared with controls, reminiscent of other inflammatory conditions,” the researchers wrote in the study summary.