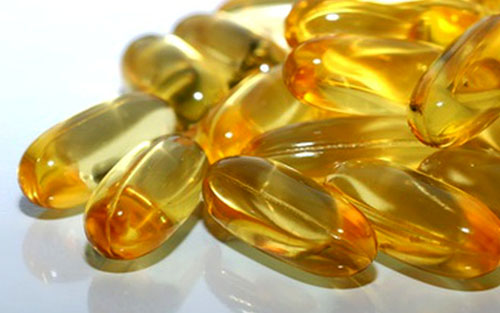 Research published in the British Medical Journal Open has found that the vast majority of Americans do not get adequate amounts of Omega-3 fatty acids in their daily diets.

The three types of Omega−3 fatty acids are α-linolenic acid (ALA), eicosapentaenoic acid (EPA) and docosahexaenoic acid (DHA)—and the study found all three were deficient in the average U.S. diet.

Researchers used data from the survey to determine serum (blood) biomarker reference ranges of circulating EPA, DPA, and DHA. The researchers examined the proportion of the US population demonstrating an omega-3 nutrient gap, with serum Omega-3 concentrations below US Dietary Guideline Recommendations and below levels associated with a decrease in cardiovascular risk.

The researchers determined that over 68% of adults and 95% of children in the United States do not consume enough Omega-3s to meet nutritional needs based on the dietary guidelines.

“Low serum levels confirm that Omega-3 fatty acid intakes fall short for most Americans, particularly young children, and it reveals that more work is needed in educating the public about the important role EPA, DPA, and DHA play in supporting human health,” ​said Susan Mitmesser, PhD, one of the study’s authors.

“Healthy habits formed early in development inform and pave a healthy path later in life, so it’s critical that in addition to sleep and physical activity, young children have access to foods rich in essential nutrients including Omega-3s.”​

A study conducted by the same researchers earlier in the year evaluated the relationship between depression and the levels of Omega-3 fatty acids in the circulatory system.

The study was published in the Journal of Affective Disorders Reports and was also based on NHANES data.

The mechanisms of action for Omega-3 fatty acid’s effect on depression are not entirely understood. One hypothesis is that Omega-3s easily travel through the brain cell membrane, thus interacting with mood-related molecules within the brain. They also have anti-inflammatory actions that may play a role in relieving depression.

According to Harvard Health, over 30 clinical trials have tested different Omega-3 preparations in people with depression. Most studies have used Omega-3s as add-on therapy for people who are taking prescription antidepressants with little or no benefit. Fewer studies have examined Omega-3 therapy alone.

Meanwhile, two 2017 studies found that healthy brain aging was linked to adequate Omega-3 fatty acids in the blood—and in the right balance with omega-6 fatty acids.

All three Omega-3 essential fatty acids can be found in Optimal E.F.A. by Optimal Health Systems.