Timing of probiotic supplement consumption does not alter effectiveness 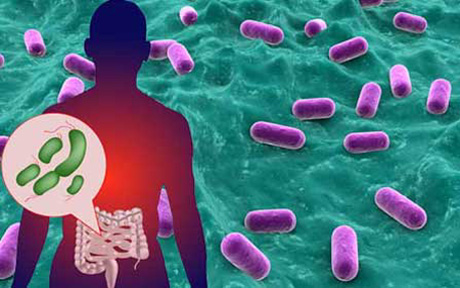 Nutrition experts have long debated whether it’s more effective to take a probiotic supplement with food or without food.

According to a new study from the University of Milan, when just considering effectiveness it doesn’t matter.

The study, published in the World Journal of Gastroenterology, demonstrated that timing did not appear to affect the ability of two probiotic strains to effectively change the composition of gut microbiota in healthy test subjects.

It is important to understand that the study was only relative to effectiveness of “gut colonization.” A supplement manufacturer may still advise taking their product with food because in general capsules and tablets are simply tolerated better with food.

The two primary theories have always been “best with food” and “best on an empty stomach.”

Consuming probiotics on an empty stomach would theoretically mean a shorter stay in the stomach; however, stomach pH is very low at that time so there is less “neutralizing” of the beneficial bacteria by the stomach’s acidity.

Conversely, consuming beneficial bacteria with a meal would mean it stays in the stomach for a longer period; however, more of that time would be in an “increasing acidity” environment (meaning faster neutralization of some of the bacteria).

The study’s findings were welcomed by the Scientific Committee of the International Probiotics Association since it appears to put some of the debate to rest. However, some experts point to the small size of the study and say additional research would be required to convince them.

For the study, scientists in Milan recruited 20 healthy volunteers–12 women and 8 men. The participants were divided into two groups and were assigned to take four billion colony-forming units (CFUs) of B. longum and one billion units of L. rhamnosus strains.

Both groups were measured at the end of the intervention period and then again after another 30 days.

Results showed that both groups recorded an increase (coloniztion) of both strains after one month, and a further increase a month after the intervention period.

According to the researchers:

“We did not observe a negative impact of probiotic on the general health status of the hosts. Contrariwise, the two bacterial strains seemed able to exert a beneficial effect on the bacterial ecology of the gastrointestinal tract, as many significant positive changes in gut microbiota composition have been highlighted.”

Moving forward more research will be conducted with different strains and larger groups of participants.

It is possible different strains may colonize faster when taken at optimum times; however, it now appears likely that any differences will be small.

The most important take-away from the research is that taking a probiotic supplement can improve the gut. You will receive significant benefits no matter when the probiotics are taken relative to meals

Optimal FloraPlus from Optimal Health Systems is packed with nine strains of probiotics. These beneficial bacteria are also stabilzed and heat resistant to ensure proper transition and absorption.