2023 may be the year that probiotics become “medical mainstream.”

Barely two weeks into the year, and two freshly-published studies are reinforcing the potent and diverse immune benefits of different probiotic strains.

One study demonstrated the effectiveness of Bacillus strains in combating MRSA.

The two studies show the trend in the U.S. medical establishment towards finally acknowledging the critical nature of beneficial bacteria. 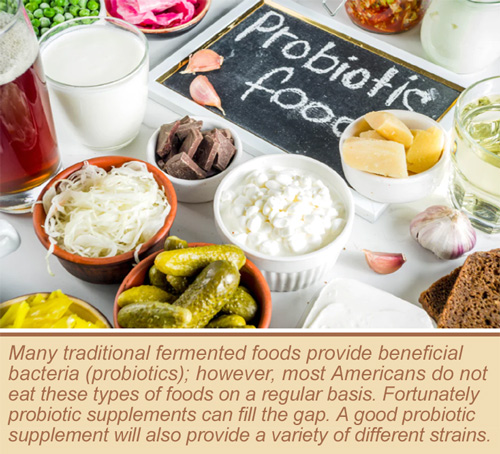 Doctors used to brush off probiotics as something television marketeers peddled or “something people in Europe take.” Now, however, the positive evidence is overwhelming and impossible to ignore. Probiotic supplements are no longer just found in the sphere of nutritional supplements—they are now being used for disease treatment by medical practitioners.

This was the motivation for the study on Bacillus for treatment of MRSA.

MRSA is the acronym for Methicillin-resistant Staphylococcus aureus. MRSA is responsible for several difficult-to-treat infections in humans including respiratory conditions, skin infections and food poisoning. According to Wikipedia MRSA caused more than 100,000 deaths in 2019.

The name MRSA itself explains the modern problem the medical establishment has run into: Over-use of antibiotics have led to antibiotic resistant strains. “MRSA is any strain of S. aureus that has developed or acquired a multiple drug resistance to beta-lactam antibiotics,” Wikipedia notes.

With antibiotic resistance in mind, researchers at the National Institutes of Health set out to investigate using a probiotic to treat MRSA instead of antibiotics. Happily, the researchers found probiotics were indeed an effective alternative.

The research was led by Michael Otto, Ph.D., an National Institutes of Health senior investigator at the National Institute of Allergy and Infectious Diseases, and the findings were published in The Lancet Microbe in January 2023. 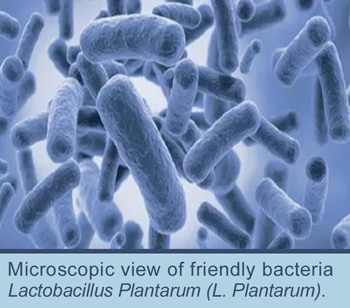 To conduct the research—a clinical trial performed ed in Thailand—researchers enrolled 115 healthy participants, all of whom were colonized naturally with S. aureus (the bad or “dangerous” bacteria causing MRSA).

After four weeks researchers evaluated the participants’ S. aureus levels in the gut and nose. They found no changes in the control group, but in the probiotic group they observed a 96.8% S. aureus reduction in the stool and a 65.4% reduction in the nose.

Commenting on the positive findings, Dr. Otto said, “Our results suggest a way to safely and effectively reduce the total number of colonizing S. aureus and also call for a categorical rethinking of what we learned in textbooks about S. aureus colonization of the human body.”

The researchers noted that larger studies are needed, especially trials that examine stable strains. “Probiotic Bacillus is especially promising because it is administered orally as spores that can survive passage through the stomach and then temporarily grow in the intestine,” the researchers wrote.

In the second study, researchers reported that eight weeks of supplementing with Lactobacillus plantarum “provided an antioxidant effect” that led to cardio-metabolic benefits in healthy adults. The significant benefits included improvements in levels of cholesterol and blood glucose.

The research—data collected from a combination of two studies—was conducted at the University of Tartu in Estonia. The results were published online in November 2022, and in print in Beneficial Microbes in January 2023.

To conduct the two studies researchers recruited a total of 240 participants. Both studies included overweight and normal weight individuals, and both studies were for a period of eight weeks. The difference between the studies is that one provided 2 billion CFUs of probiotics daily while the other provided 5.9 billion CFUs.

Participants in both studies received their daily probiotic supplement via a yogurt fortified with L. plantarum.

The results showed that participants consuming the probiotic yogurt in both trials experienced significant reductions in total cholesterol, LDL-cholesterol, and non-HDL cholesterol. Notably, improvements were seen after just four weeks for people with normal BMI and borderline cholesterol levels.

“The gained beneficial effect can be translated as reduction of risk factors of CVD,” researchers wrote in the study findings.

Though the research involved a relatively-small study, the results add to the growing body of science supporting an important role for select probiotic strains in supporting cardiovascular health and reducing CVD risk.