Almost everyone is aware that cancer risk has been linked to the use of some some sugar substitutes. The controversy goes back at least to the 1970s with additional damning evidence added almost yearly.

This year is no exception, with a new large-scale French study being published in PLOS Medicine in March 2022.

Far fewer consumers, however, are aware that sugar substitutes come with another risk: liver toxicity.

Liver toxicity was highlighted in new research presented in Philadelphia at the American Society for Biochemistry and Molecular Biology annual meeting in early April.

The study examined two sugar substitutes specifically—sucralose and acesulfame potassium—and found that the artificial sweeteners “disrupted” the function of a protein that plays a vital role in the liver’s detoxification function. 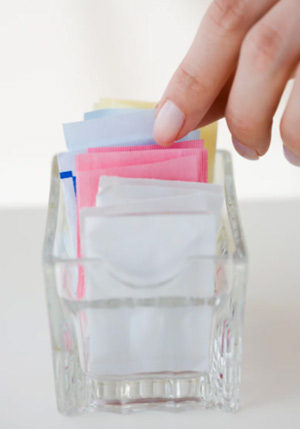 Sucralose is commonly sold under the Splenda brand name, while acesulfame potassium is primarily sold under the Sunnett and Sweet One brand names. Though many consumers purchase these artificial sweeteners as a personal sweetening alternative, the greater quantities are ingested as a “hidden” sweetener in low calorie foods—especially soda pop.

No calories, but a risk to your health

“With an estimated 40% of Americans regularly consuming non-nutritive sweeteners, it’s important to understand how they affect the body,” said Laura Danner, a doctoral student at the Medical College of Wisconsin where the research was conducted. “In fact, many people don’t realize that these sweeteners are found in light or zero-sugar versions of yogurts and snack foods and even in non-food products like liquid medicines and certain cosmetics.”

To conduct the study researchers utilized liver cells and cell-free assays, which allow the study of cellular processes such as transport. They found that acesulfame potassium and sucralose inhibited the activity of P-glycoprotein. P-glycoprotein is part of a family of “transporters” that work together to cleanse the body of toxic substances.

This binding and transporting process also causes other biological problems in the body, including possible interference with the uptake of prescription drugs: “The experiments also showed that the sweeteners stimulate transport activity and likely bind to P-glycoprotein, and thus compete with and inhibit the transport of other substrates such as xenobiotics, drugs and their metabolites, short-chain lipids and bile acids.”

Even ‘safe’ amounts can be toxic

For consumers who put faith in government guidelines to provide a safety limit there is additional bad news: The guidelines appear extremely generous with regards to what a safe amount really is.

“We observed that sweeteners impacted P-glycoprotein activity in liver cells at concentrations expected through consumption of common foods and beverages—far below the recommended FDA maximum limits,” said Stephanie Olivier Van Stichelen, Ph.D., who lead the research team. “To our knowledge, we are the first group to decipher the molecular mechanism by which non-nutritive sweeteners impact detoxification in the liver.”

Although the researchers caution that the study is preliminary and needs to be confirmed in clinical studies, some health experts acknowledge that this is one more toxicity risk in a modern world where the liver—and other organs—are already under constant toxic attack. Or, put another way, ingesting artificial sweeteners could become “the straw that broke the camel’s back” in terms of overloading an already-toxic liver. 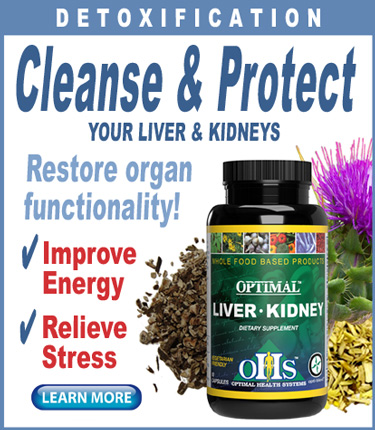 While research can highlight threats to health, other research highlights natural ways to help offset the risk. Besides taking the obvious step of avoiding regular use of artificial sweeteners, numerous studies have proven the detoxifying effect of a number of herbs.

These detoxifying herbs include Dandelion Root, Milk Thistle and Barberry Root. You can find these herbs, along with antioxidant minerals and enzymes in Optimal Liver-Kidney by Optimal Health Systems.

You can use Optimal Liver-Kidney as a safe, natural remedy for cleansing the liver and kidneys and for restoring proper functionality. Click banner ad or links below to learn more.