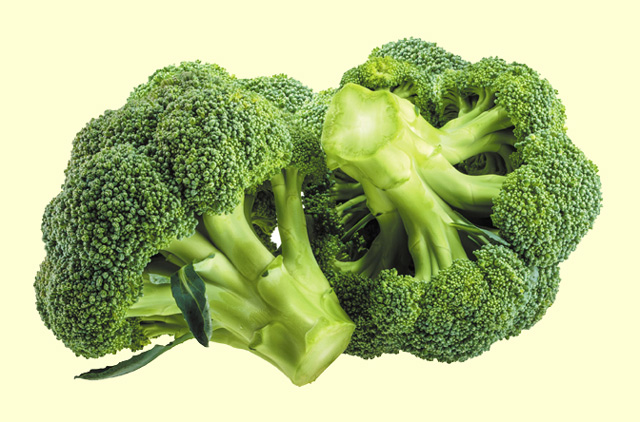 More than one food and nutrition writer has referred to broccoli as “The Vegetable Queen.”

And for good reason.

If you don’t already, you should consider incorporating broccoli as one of your regular foods.

Here are a few things The Vegetable Queen contributes to your health:

Broccoli’s high content of the cancer-fighting compound sulphoraphane has been shown by scientists to especially effective in the prevention and survival of breast cancer.

However, broccoli contains more vitamins A and C than all the other cruciferous vegetables.

Broccoli is loaded with dietary fiber, pantothenic acid, vitamins B6, B1, A, E and K, and minerals manganese, phosphorus, choline, potassium, copper, magnesium, calcium, selenium and zinc. And if that isn’t enough, it also contains omega-3 fatty acids.

Broccoli’s natural fiber helps prevent constipation and dietary problems and aids in detoxifying the body from over-consumption of processed and fast foods so common in the American standard diet.

The good fiber lowers bad cholesterol by cleansing the body of toxins and dead cells.

Broccoli has a glycemic index of 10 and is a perfect food to promote weight loss. It provides tons of nutrients for few calories.

Broccoli is a good sources of calcium for those who don’t consume dairy, and is also an excellent substitute for the lactose-intolerant.

Broccoli also provides the body with a surprising amount of body-strengthening protein.

Broccoli was developed 2,000 years ago by the ancient Romans who created it from wild cabbage plants.

However, it was not until the 16th century that it appeared in Europe, where it was called ‘Italian asparagus.’

In fact it was the Italians who made “The Vegetable Queen” popular in America—but not until the 20th century.

Thomas Jefferson grew broccoli in the 18th century, but it was ignored by Americans for a couple-hundred years.

California produces 90 percent of U.S. broccoli, followed by Arizona, Texas and Oregon. But China is the world’s largest producer.

Today broccoli is one of the most popular vegetables in the U.S., UK, Spain and Italy.

Due to its high nutrient content, it is also a popular choice for quality food-based nutritional supplements.

It is an important part of the organic vegetable blend in Optimal Whole Food Vitamin/Mineral, and is also part of the antioxidant blend  in Optimal Fruit & Veggie Plus.