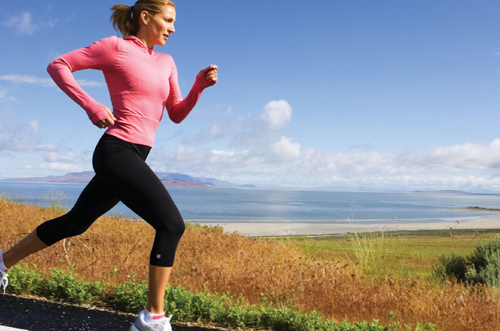 A new study found that female athletes who took a supplement of of minerals and other nutrients for one month were able to accomplish faster running speeds.

The research, conducted at Ohio State University, discovered women lowered the average time it took them to run three miles by almost one minute at the end of a 30-day period.

The women who took the supplement also saw improvements in distance covered in 25 minutes on a stationary bike–and in a third test in which they stepped on and off a bench.

The study, which involved only women and was published in the Journal of the International Society of Sports Nutrition, compared the performance of those who took the supplement with a control group that took a placebo.

Since the study was small—involving just 28 participants—a follow-up study was orchestrated to see if the results would be duplicated.

The second study also found that “supplement” participants improved their three-mile speed over the placebo group. In the second test, the improvement was 41 seconds.

The supplement blend included the minerals zinc, copper and iron. In addition it included an amino acid nutrient (carnitine) and a fatty acid and amino acid blend (phosphatidylserine).

“We know that young women, in particular, often have micro-deficiencies in nutrients and that those nutrients play a role in how cells work during exercise,” said Robert DiSilvestro, lead author of the study and a professor of human nutrition at Ohio State.

“They tend to eat less meat than men, and menstruation also plays an important role in mineral loss,” he said.

In the study, those who took the supplement combo were asked to sprinkle it into a beverage of their choice twice a day.

In the second round of study, the supplement was delivered in capsule form. According to the researchers, the amount of nutrients in the supplements was well below a level that could cause harmful side effects—and no side effects were observed in this study.

Participants were recreational athletes 18 to 30 years old who had regularly done aerobic exercise at least two to three hours a week for six months. They also had to be runners.

“We wanted people who could already run three miles without it being a terrible burden,” DiSilvestro said.

When choosing a nutritional supplement, remember that research shows products  made from real foods perform better than synthetic nutrients.