No matter how much of a health nut you are, your body is plagued with toxins. They’re hiding everywhere, slowly poisoning your body and destroying your health. Blood and urine tests

Toxins stretch beyond atmospheric pollution. Modern life has allowed toxins to creep into our homes and everyday objects, like cooking paraphernalia, furniture, and your dog’s chew toys.

Okay, this sounds an awful lot like paranoia, so let’s back up a minute.

The sad truth is toxins are everywhere, be it the environment or everyday objects. Times have changed. Technology has changed. Humanity has a lot more than just the animal kingdom to worry about when it comes to toxins.

Every day, a staggering 42 billion lbs. of chemicals are manufactured or brought into the U.S. That’s enough to fill a line of 623,000 tanker trucks wrapping around the equator three times. And every day, you are exposed to them in one way or another, often in ways you wouldn’t expect.

Toxins, in general, have been the subject of study for decades. However, it’s only been in recent years that anyone has studied the cumulative effects of the thousands of low-level toxins surrounding us in a bouquet of silent death.

“Low level” has been turned into a misleading term when it comes to toxins. Scientists have concluded there’s ample reason for alarm. Low levels can have significant damaging effects on our bodies, especially fetuses. Studies show an increasingly greater correlation between low-level toxins and the rise in obesity, diabetes, autism, allergies, cancer, and much more. The effects compound with each generation.

The good, relieving news is this downward spiral can be stopped. There is a way to purge the toxins from your system. No, it doesn’t require anything as intense as surgery or the likes. It takes a simple cleanse followed by consistent supplementation until your system returns to optimal health.

A Few Studies
A comprehensive survey by the U.S. Centers for Disease Control found 148 different chemicals in the blood and urine samples of 2,400 Americans.More than a quarter of all the samples contained benzo(a)pryene, a toxin found in automobile exhaust fumes. And nine out of ten samples contained a mixture of toxic pesticides.

National Geographic Magazine paid nearly $15,000 to test one of their reporters for the presence of 320 different chemicals as part of an undercover investigation into environmental toxins. They discovered that the reporter’s level of one flame retardant chemical was so high it would have been considered alarming, even if the reporter had worked in a plant that manufactured the chemical.

A Mount Sinai School of Medicine study found a total of 167 different chemicals in the blood and urine samples of volunteers. That’s an average of 91 toxins each. They found lead, dioxins, PCBs, phthalate DEHP, as well as compounds that have been banned for more than a quarter century.

Not one person in a single study was found to be free of toxins.

OHS is Here to Help YOU Reach Optimal Health
Cleansing the body is critical in order to keep it functioning properly in today’s toxin-filled environment. OHS offers multiple cleanse options that allow you to either do a soft cleanse that won’t make you change your daily routine, or a half-day cleanse that is quick and effective. Check out the options below and make sure you do some form of cleansing 2-3 times per year in order to reach and maintain optimal health.

Our difference: we predigest every ingredient, ensuring delivery at the cellular level, something no one else does. Also, we take our cleanse formulas a step further by utilizing special pectin fibers, along with nitrogen from glutamine, to encompass heavy metals and safely transport them out of your system, instead of just from one tissue to another.

Soft Cleanse
Many health professionals recommend a ‘slow deep cleanse’ so all tissues, including the kidneys and liver, can be rid of metal toxins. Cleansing in this way safely eliminates heavy metals from your system. 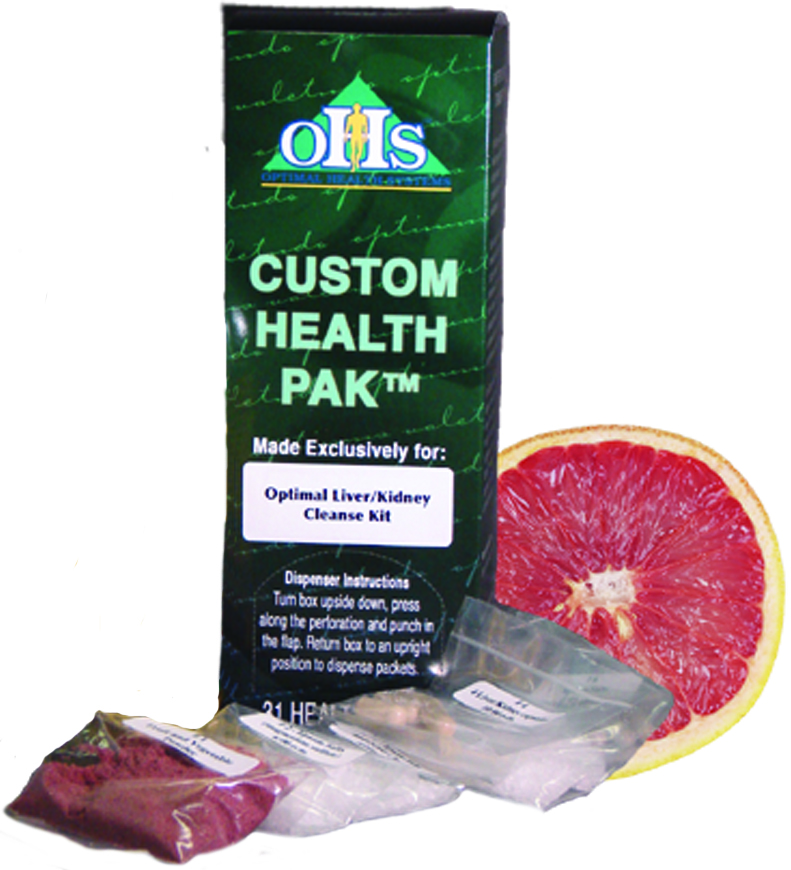 Optimal Half-Day Liver • Kidney Cleanse Kit
If you are constantly tired, suffer from digestive problems, have skin irritations, recover slowly from strenuous exercise, or are aging prematurely, you may have a build-up of toxins. With this Liver • Kidney Cleanse, in just a day OHS will help you experience a holistic cleanse phenomena that will change your life for the better. This cleanse has helped with problems as basic as aching joints or halitosis, to more notable concerns, such as gallstones and high cholesterol.

Some of the most common reasons for toxic buildup are the use of prescription and over-the-counter pain medicines, carbonated beverages, smoking, stress, a diet high in fatty and fried foods, and simply living in areas where pollution exists. 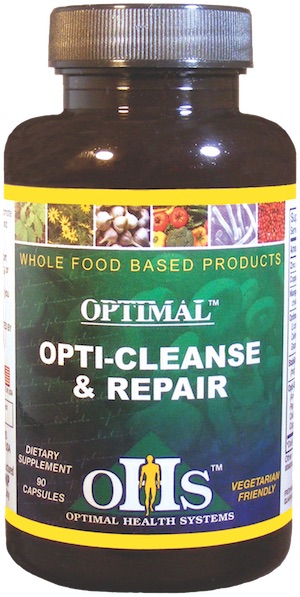 Optimal Liver • Kidney™
The key to Optimal • Liver Kidney’s success is its ability to cleanse and fortify your organs without the negative side effects. As the body’s detoxification system, the liver and kidneys are often overtaxed with the typical American lifestyle. From junk food to pollution, to pharmaceuticals of all kinds, over time your liver and kidney soon become overloaded with toxins. The result can result in various symptoms, such as fatigue, headaches, depression, poor digestion, allergies, bad breath, skin problems, and so much more. Optimal Liver • Kidney™ is a healthy, natural approach for promoting detoxification and sound liver and kidney function. The ingredients in this formula help erase the stress on your liver and kidneys and allow them to function as they should.