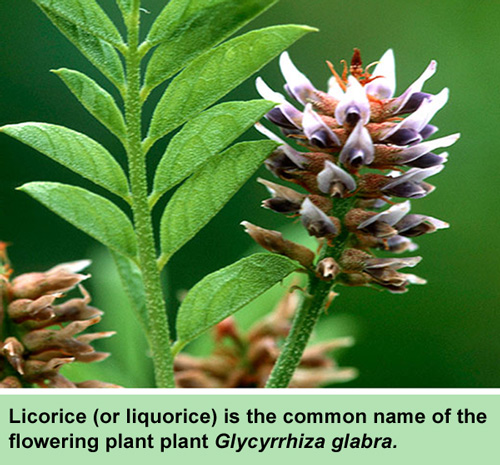 The immune benefits of licorice root may play a role in preventing or treating certain types of cancer, according to a new study.

The study was a systematic review of hundreds of earlier studies examining the role of licorice for cancer treatment.

Licorice is the common name of Glycyrrhiza glabra, a flowering plant of the bean family Fabaceae. Typically a sweet, aromatic flavoring is extracted from the root.

Licorice root has been used medicinally for thousands of years, with uses recorded in the history of all great empires including the Babylonians, Egyptians, Chinese and Greeks. Licorice was found in great quantities in the tomb of King Tut, who died approximately 3,325 years ago.

Though licorice has a long history of immune benefits—as demonstrated by empirical evidence and observation—proof of curing cancer would require extensive trials that are unlikely to be carried-out any time soon. “Licorice” is not owned or patented by any one company, and the type of studies required by the FDA are only funded by pharmaceutical companies with a profit motive for a product they own.

The new review was conducted at the University of Illinois Chicago under the leadership of Associate Professor Gnanasekar Munirathinam from the department of biomedical sciences at the College of Medicine Rockforders. The findings were published in the journal Pharmacological Research in April 2022.

Researchers examined the antioxidant, anti-inflammatory and immunomodulatory effects of the two major constituents of licorice: triterpene saponins and flavonoids. Most of the research focused on the saponin glycyrrhizin—the chief sweet-tasting constituent of licorice root. The review included 175 citations of earlier studies.

“When we look at the research out there and our own data, it appears that glycyrrhizin and its derivative glycyrrhetinic acid have great potential as anti-inflammatory and anti-cancer agents,” Prof. Munirathinam said in a university release. “More research is needed into exactly how these could best be used to develop therapies, but this appears to be a promising area of cancer research.”

Writing in the review summary, researchers noted that licorice derivatives were able to “exhibit a wide range of activities to elicit their oncoprotective and oncotherapeutic effects.”

These effects were listed as: inducing cell cycle arrest, inducing apoptosis, inhibiting invasion and metastasis, immunomodulation, and attenuating the inflammatory microenvironment in cancer to antioxidants.

In addition to the direct cancer-fighting benefits, the researchers also noted that licorice derivatives were proven effective in drug delivery applications.

Reviews of existing research showed that licorice derivatives were able to improve absorbtion and delivery of the currently-used therapeutic drug treatments for cancer. 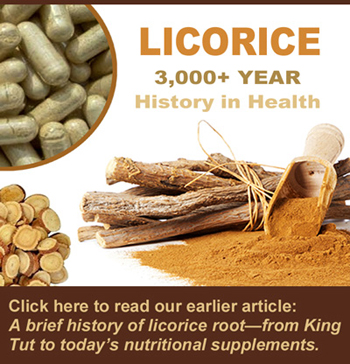 “Anticancer therapeutics now include drug delivery systems as an essential integrated part. In this field, glycyrrhizin has much potential as a carrier material. Recent research has found that combining glycyrrhizin with first-line medications has a more substantial therapeutic effect on malignancies,” the researchers wrote.

The MAPK pathway plays a crucial role in cancer. It controls many important cellular events, including survival and dissemination. It also appears to serve as a tumor “suppressor” gene. It receives different signals from inside the cell, such as signals from DNA damage and metabolic pathways.

The researchers noted that disruption of the MAPK pathway is common in cancer, and licorice appeared to restore the critical function of the pathway.

The researchers cautioned that although licorice has known immune health benefits, it is not yet fully established that these benefits extend to the fight against cancer.

Writing in the study’s summary the researchers noted that over-use of licorice root itself can pose some health risk, so human clinical trials will be required before any licorice derivative could be used for “FDA-approved” cancer treatment.

Optimal Health Systems utilizes licorice root in a number of products. Look for it in the following products:

Full PDF download of the research is available here.