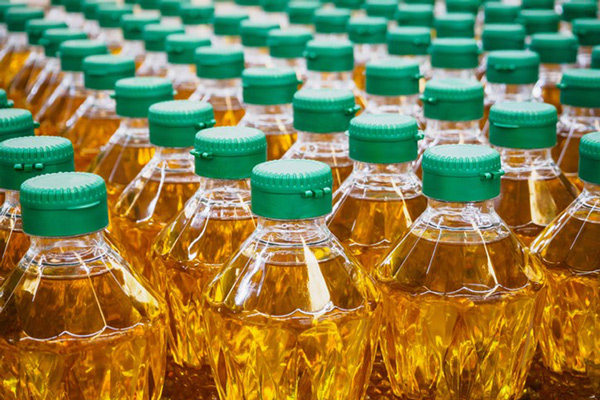 New research from University of California Riverside (UCR) shows soybean oil not only leads to obesity and diabetes, but could also contribute to neurological conditions like autism, Alzheimer’s disease, anxiety and depresion.

A logical question might be, “If soybean oil is so unhealthy, why is it so widely consumed?”

The short answer is that it’s cheap, cheap, cheap… thanks to generous subsidies provided to American soybean farmers.

During the past 40 years millions of acres of America’s farmlands—which once grew a variety of vegetables and grains—were converted to the sole use of soybean farming.

Farming soybeans is a safer bet for farmers, thanks to the subsidies, tax credits, price guarantees and low interest loans provided to farmers of this “healthy” crop.

Unfortunately, it turns out the health assumptions made with regards to soybean oil weren’t quite accurate.

Too bad the experts are only discovering the truth now that soybean oil has become so ubiquitous that it accounts for more than 90 percent of all the seed oil production in the United States.

Where did we go wrong?

Naturally high in unsaturated fats, vegetable oils were once thought to be healthy, regardless of the processing involved. Hydrogenation was added—and also deemed to be healthy—to increase the shelf-life and temperature stability of oils. Tise hydrogenation, however, generated trans fats—now widely recognized as being unhealthy.

Too bad it took 40 years for research to outweigh government soybean propoganda.

It is used for fast food frying it’s added to tens of thousands of packaged foods; it’s fed to livestock; it’s used to manufacture pet food; it’s used to dillute cheap ice cream; and it’s exported to foreign countries by the boatload.

According to the U.S. Department of Agriculture soybean oil is by far the most widely produced and consumed edible oil in the U.S.

Complicating the issue of soybean science is that much of the research on the negative health impact of soybean oil has only been conducted on mice. And that includes the latest study.

Then there seemed to be a reprieve of sorts in 2017 when a study by the same group learned that if soybean oil is engineered to be low in linoleic acid, it induces less obesity and insulin resistance.

However, in the study released this month, researchers did not find any difference between the modified and unmodified soybean oil’s effects on the brain. Specifically, the scientists found pronounced effects of the oil on the hypothalamus, where a number of critical processes take place.

“The hypothalamus regulates body weight via your metabolism, maintains body temperature, is critical for reproduction and physical growth as well as your response to stress,” said Margarita Curras-Collazo, a UCR associate professor of neuroscience and lead author on the study.

The team determined a number of genes in mice fed soybean oil were not functioning correctly. In fact, the research team discovered roughly 100 genes affected by the soybean oil diet.

They believe this discovery could have ramifications not just for energy metabolism, but also for proper brain function and diseases such as autism or Parkinson’s disease. However, it is important to note that mor viable studies are needed to draw an absolute conclusion that soybean oil causes these diseases.

Additionally, the team notes the findings only apply to soybean oil—not to other soy products or to other vegetable oils.

“Do not throw out your tofu, soymilk, edamame, or soy sauce,” said Frances Sladek, a UCR toxicologist and professor of cell biology. “Many soy products only contain small amounts of the oil, and large amounts of healthful compounds such as essential fatty acids and proteins.”

In addition to reducing consumption of soybean oil in favor of healthier options, nutritional supplements can help by improving digestion and metabolism of unwanted fats.

One proven product has been providing this benefit for over two decades: Optimal Fat•Sugar•Trim from Optimal Health Systems. 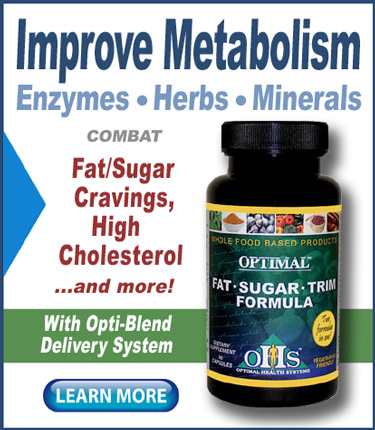