Expert testimony to congress: Americans deficient in vitamins A, C and D, and the mineral zinc

A little known advisory committee in the U.S. congress is the Congressional Dietary Supplement Caucus. It is currently comprised of 34 house reps and eight senators.

The caucus is the main policy-making arm of congress that reviews developments in the dietary supplements sphere. It then makes suggestions on regulatory changes that impact the way the supplement industry operates.

Meeting on December 10 for the final briefing of 2020, caucus members heard testimony covering the sad state of the average American’s vitamin and mineral levels—and how the low levels of these essential nutrients affect the ability to fight off health threats such as COVID-19. 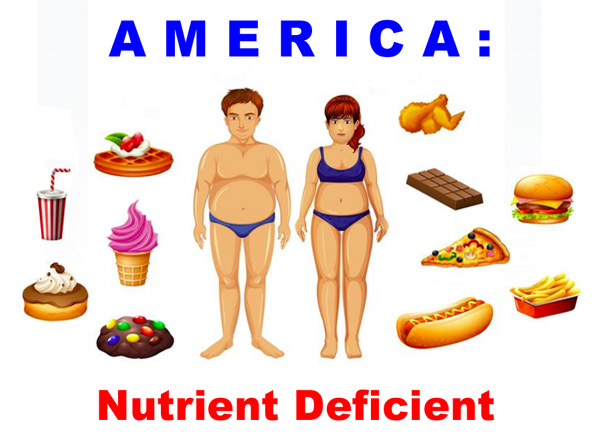 The event featured Dr. Tieraona Low Dog, M.D., an integrative practitioner, author, researcher and spokesperson with a career in nutritional supplements and complementary medicine, as well as a former appointee by President Bill Clinton to the White House Commission on Complementary and Alternative Medicine Policy.

“There is so much we can do to maintain health,” said Dr. Low Dog. “With evidence pointing to a correlation between poor nutrition and poor immune response to pathogens that make us sick, it is very reasonable to screen for nutrient deficiencies and consider taking supplements such as a multivitamin and vitamin D.”

Sourcing information from the National Health And Nutrition Examination Survey, as well as non-governmental research, Dr. Low Dog specifically looked at four essential micronutrients for which inadequate intakes among U.S. adults are especially high and concerning:

• Vitamin A – 45% of American adults do not meet the estimated average requirement (EAR).

• Vitamin C – 21 million Americans are fully deficient, a critical level not to be confused with simply having a sub-optimal level.

Though many other nutrients could be included in the list, mounting evidence suggests that each of these micronutrients are essential for both innate immunity, as well as the development of adaptive immune responses, Dr. Low Dog reported.

It is also worth noting that these stats are derived from government recommendations. If the higher nutrient thresholds recommended by most integrative practitioners and nutritional coaches were used, the amount of various deficiencies would be far more dismal.

Penalizing doctors for nutritional testing, and other nonsense

In conclusion Dr. Low Dog referred to the very governmental policies that have the affect of promoting low nutrient deficiencies.

This not only includes laws that prevent health practitioners from fully educating patients about the benefits of non-pharmaceutical nutrients, but also government subsidies that promote nutrient-poor foods, and insurance regulations that penalize doctors who have the desire to test a patient for nutritional deficiencies:

“We’re talking about deficiencies here,” she said. “We’re talking about the need Americans have to improve their diets, the potential that subsidizing the production of fruits and vegetables rather than corn can play, and what can happen if healthcare practitioners aren’t penalized by insurers if they want to test a vulnerable patient who they think might have a nutrient deficiency.”

“There’s so much we can do to maintain good health,” she continued. “It’s very reasonable for many people to supplement their diet with a multivitamin, and it’s very reasonable for us to have a reimbursement structure in place that allows for basic nutrient testing, especially in populations at the greatest risk. Vitamins and minerals have the greatest health benefits in people who are deficient, and I hope that today I conveyed the risks that some populations are facing.” 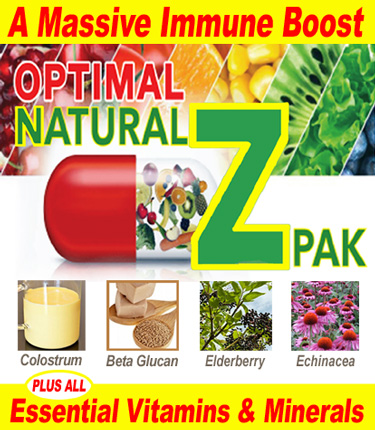 Besides vitamins and minerals, many other nutrients have been studied for their immune-boosting properties. This long list includes probiotics, colostrum, beta glucan, elderberry, echinacea, resveratrol, cortisol and more.

You can find all these nutrients in the Natural Z-Pak from Optimal Health Systems.