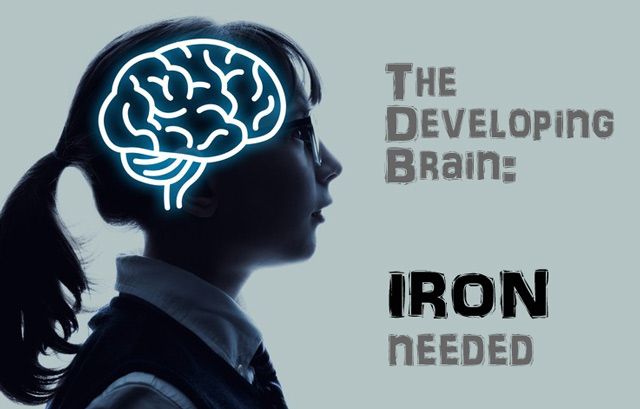 Iron is an essential mineral that doesn’t receive the attention that “big vitamins” do.

This is unfortunate considering there is a virtual epidemic of iron deficiency around the world.

Iron is essential for the proper functioning of the immune and nervous systems.

Iron binds oxygen to cells and ensures efficient transporting to tissue.  White blood cells are dependent on iron, so when iron levels are low the immune system becomes impaired.

Now new research on iron levels in brain tissue found that the mineral could be more crucial in brain development and function than previously thought.

The study, published in the Journal of Neuroscience, was led by researchers from the University of Pennsylvania.

The results suggest iron in brain tissue may play a role in improving cognition in adolescents and young adults.

For the study researchers examined the magnetic resonance imaging (MRI) scans of more than 1,500 subjects. The subjects ranged in age from 8 to 24 years old.

The researchers’ goal was to analyze brain iron levels by focusing on the basal ganglia. The basal ganglia is the part of the brain that is responsible for motor control, procedural learning, cognition and emotion.

The study also found that decreased brain iron in one sub-region was correlated with impaired performance on cognitive tasks involving reasoning and spatial processing.

“Together, our results suggest a prolonged period of basal ganglia iron enrichment that extends into the mid-twenties, with diminished iron concentration associated with poorer cognitive ability during late adolescence,” said the University of Pennsylvania researchers.

Consumers suffer due to misinformation

Unfortunately, many people who could benefit from an iron supplement hesitate to take one due to negative coverage by the media in recent years. However, the hyped media stories failed to clarify that the “toxic build-up” danger posed by iron supplements was caused by the ferrous sulfate type of iron (synthetic iron).

In short, it is the type of iron supplement that poses a danger. Natural forms of iron do not pose the same danger.

Optimal Iron from Optimal Health Systems features organic chelated sources of iron. This source is not only safe, but also better-absorbed than synthetic ferrous sulfate. 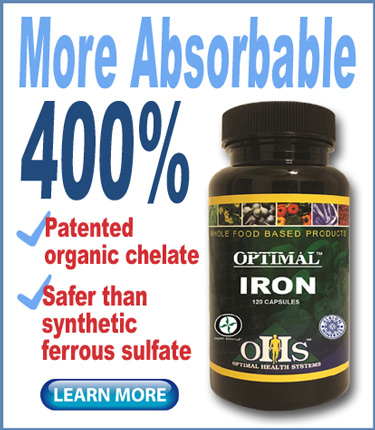