Being a billionaire doesn’t make you a health and nutrition expert. It does get you all kinds of attention from the media, though.

So, when a billionaire points out that probiotics are able to heal the gut and combat malnutrition, it makes headlines all over the world.

In fact, when “billionaire philanthropist” Bill Gates penned an article for The Telegraph in October 2019 he gained more recognition for probiotic benefits than the combined hundreds of studies conducted in the prior decade.

In his article Mr. Gates asserts that “probiotic pills” could hold the key to ending malnutrition across the globe within the next two decades. 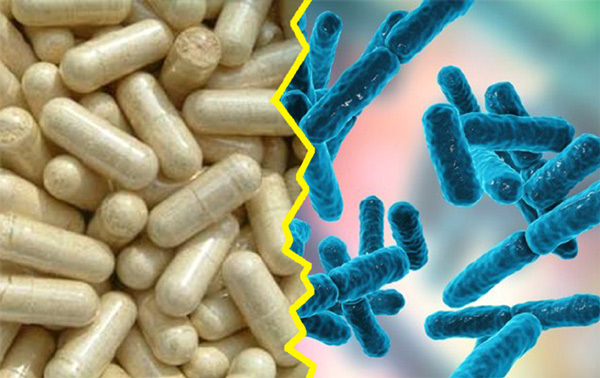 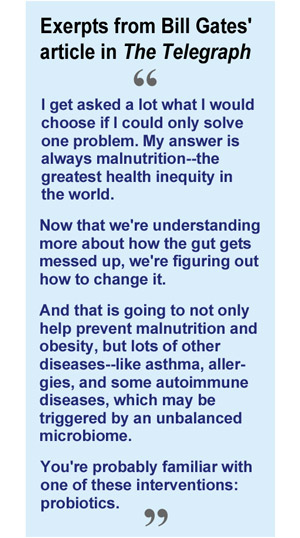 Probiotic supplementing is widely accepted today, so Mr. Gates’ claims face little challenge; in fact, the claims are welcomed with much excitement.

But the wide-ranging benefits of probiotics weren’t always so warmly accepted.

Two decades ago U.S. doctors were chastising patients that probiotics were a waste of money. Health food companies and nutritionists who advocated probiotic use ran the risk of being called “snake oil salesmen.”

A decade later, as research and results piled up, things had changed. But not entirely.

Though some health professionals often recommended—in some cases even sold—probiotic supplements, others were still shrugging them off as a fad.

Fast-forward to today and the support for probiotics is virtually ubiquitous.

Today the intracacies of the human microbione is being studied intensely at universities around the world, and the fact that the human body possesses a “gut/brain axis” is acknowledged.

This creates a safe environment for celebrities and billionaires alike to tout the benefits of probiotic supplements—without fear of repercussion from the mainstream medical authorities.

The reason one nutrient is thought to be so critical

So, how is it that a single supplement is thought to be able to change the malnutrition epidemic around the world?

As explained in Mr. Gates’ article, it’s because a healthy gut is critical to battling disease, and because better digestion allows for better absorption of nutrients. And probiotic supplements help on both of these fronts.

“All of us rely on our body’s microbiome to function properly. These bacteria protect us from infection and are particularly essential to digestion. For example, your body literally cannot break down certain types of plant fibers without an assist from the bacteria in your gut,” wrote Gates.

“Now that we’re understanding more about how the gut gets messed up, we’re figuring out how to change it. And that is going to not only help prevent malnutrition and obesity, but lots of other diseases—like asthma, allergies, and some autoimmune diseases, which may be trigged by an unbalanced microbiome.”

Companies like Optimal Health Systems have promoted the importance of supplementing with multiple strains of beneficial bacteria (probiotics) for over two decades.