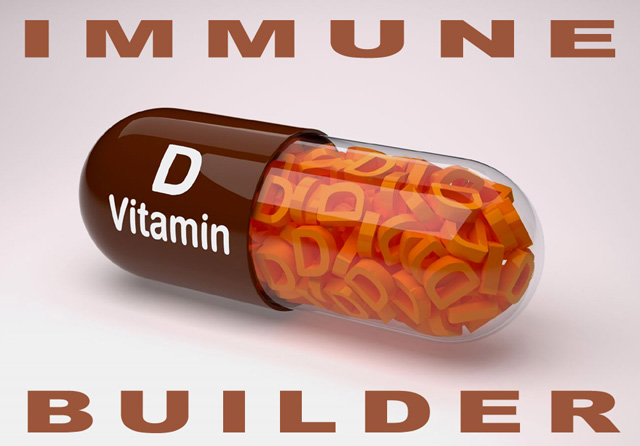 A new study has found that people with insufficient levels of Vitamin D have a 54% higher SARS-CoV-2 positivity rate compared to people with a sufficient Vitamin D level.

SARS-CoV-2 is the strain of coronavirus that causes COVID-19, the respiratory illness responsible for the COVID-19 pandemic.

The research was conducted by Harvey Kaufman, MD, from Quest Diagnostics and Michael Holick, PhD, MD, professor of Medicine, Physiology and Biophysics and Molecular Medicine at Boston University Medical Campus.

The study published in PLoS ONE​​ in September 2020.

These sufficiency measurements are promoted widely by health organizations; however, many practitioners feel that deficiency is really indicated at a much higher level.

If true, it would mean a greater percentage of the world’s population is insufficient for optimal immune protection than health authorities believe.

Nevertheless, the researchers stated that any amount of supplementing will be beneficial.

“Our findings provide further rationale to explore the role of Vitamin D supplementation in reducing the risk for SARS-CoV-2 infection and COVID-19 disease,” ​wrote the researchers. “In the interim, the authors recommend responsible Vitamin D supplementation based on personal needs, risk factors, and advice from personal physicians in accordance with existing Endocrine Society guidelines.”​

For the new study, the researchers analyzed data from 191,779 patients from all 50 states with SARS-CoV-2 results and matching 25(OH)D results from the preceding 12 months.

The coronavirus tests were performed between mid-March and mid-June, 2020.

The overall SARS-CoV-2 positivity rate was 9.3%.

When the researchers separated the individual according to 25(OH)D levels they found that the SARS-CoV-2 positivity rate was higher for those with Vitamin D deficiency, compared to those with adequate or higher Vitamin D levels.

Overall, the data indicated that for every ng/mL increased in 25(OH)D, the positivity risk for SARS-CoV-2 decreased by 1.6%.

“The risk of SARS-CoV-2 positivity continued to decline until the serum levels reached 55 ng/mL,” ​wrote the researchers. “This finding is not surprising, given the established inverse relationship between risk of respiratory viral pathogens, including influenza, and 25(OH)D levels.”​

The study falls immediately on the heels of an earlier study also showing the critical nature of Vitamin D levels.

The University of Chicago Medicine team found that patients who had Vitamin D deficiency that was not treated were almost twice as likely to test positive for the COVID-19 coronavirus compared to patients who had sufficient levels of the vitamin.