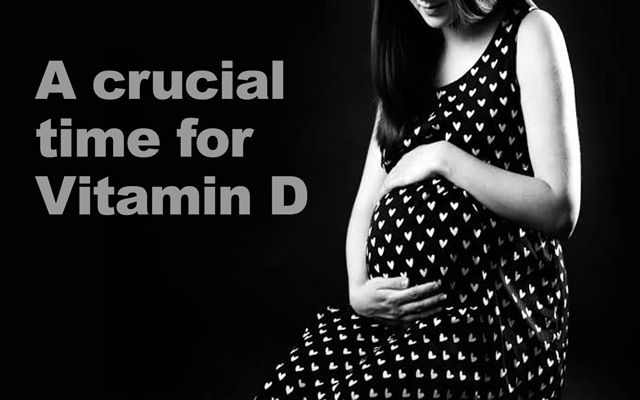 A new study is once again demonstrating how critical it is for pregnant women to maintain optimal Vitamin D levels—both for themselves and their baby.

The study, which was published in the Journal of the American Academy of Child & Adolescent Psychiatry, determined that preganant women passed on a significant Attention-deficit/Hyperactivity Disorder (ADHD) risk to their child if their Vitamin D was deficient.

The study found that children of mothers who were deficient in Vitamin D during pregnancy had a 34% higher risk of ADHD compared to kids whose moms had sufficient levels during the first and second trimesters.

The study was done in collaboration between researchers from the University of Turku, Finland, and Columbia University, New York. The result was adjusted for maternal age, socioeconomic status and psychiatric history.

“Alongside genotype, prenatal factors such as Vitamin D deficiency during pregnancy can influence the development of ADHD,” said MD Minna Sucksdorff from the University of Turku.

The study included 1,067 children born between 1998 and 1999 diagnosed with ADHD in Finland and the same number of matched controls.

Maternal Vitamin D status was determined by collecting about 2 million samples of maternal sera from the Finnish Maternity Cohort, which collects data on every known pregnancy in Finland.

The study claimed to be the first population-level research to demonstrate an association between low maternal Vitamin D level in early to mid-pregnancy and an elevated risk for diagnosed ADHD in the offspring.

It is worth noting that many nations have raised the recommended daily intake of Vitamin D in recent years. It is a proponderance of evidence on Vitamin D benenfits—like this study—that is changing the thinking on Vitamin D importance.

The data was collected before the current national recommendation in Finland for the intake of Vitamin D during pregnancy. It is now 10 micrograms per day throughout the year in Finland—an amount many experts still feel is inadequate.

“This research offers strong evidence that a low level of Vitamin D during pregnancy is related to attention deficiency in offspring. As ADHD is one of the most common chronic diseases in children, the research results have a great significance for public health,” said Sourander.

In a related earlier study, in 2018, researchers found that Vitamin D deficiency was significantly greater in children with ADHD.

That study, published in the Annals of Pharmacotherapy, found that Vitamin D supplementation improved cognitive function in the areas of inattention, opposition, hpyeractivity and impulsivity.

At this point it would be impossible for anyone to deny that Vitamin D is a crucial nutrient for brain development.

When supplementing with Vitamin D, be sure to use a supplement that utilizes food-based nutrients and includes other essential nutrients that work synergistically with the Vitamin D. Please see Optimal Longevi-D by Optimal Health Systems for more information.