Consumption of ultra-processed foods up during past 20 years, especially among the elderly

In 1998 a study published in Journal of the American Heart Association documented what most health experts already knew: A diet high in processed foods speeds up clogging of the arteries and leads to an increase in heart attacks.

A 2021 study by New York University found that consumption of the worst category of processed foods—ultra-processed—has increased the most since the turn of the century.

Ultra-processed foods are industrially manufactured, ready-to-eat or heat, include additives, and are largely devoid of whole foods and fiber.

In the study, published in the American Journal of Clinical Nutrition, the New York University researchers analyzed dietary data from nearly 41,000 adults who took part in the CDC’s National Health and Nutrition Examination Survey.

The period the researchers used was 2001 through 2018—a period starting shortly after the 1998 study by the American Heart Association.

In what can only be defined as a tedious undertaking, researchers had to tabulate what survey subjects had reported eating during the past 24 hours—for the full 17-year examination period.

Researchers then sorted the foods consumed into the four categories of the NOVA system, and calculated calories consumed relative to each category. (See sidebar for information on NOVA.) 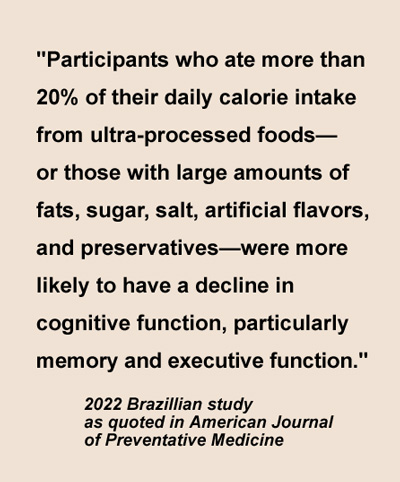 It is worth noting that these numbers represent only ULTRA-processed foods.

Many other calories come from other categories of processed foods that, while not as unhealthy as ultra-processed, they are still processed to some degree.

Shockingly, researchers found that some survey subjects could go days, or even weeks, without eating a single un-processed food such as a raw fruit or vegetable.

Another shocking finding was identifying the demographic group that consumed the most ultra-processed foods: the elderly.

Older Americans, at a time in their lives when they should be watching nutritional intake more carefully, have adopted food consumption habits that put the other age groups to shame.

The only small positive finding in the study was a reduction in the intake of some sugary foods and drinks.

Unfortunately this positive trend was outweighed by the even greater intake of ready-to-eat meals, like frozen dinners, so that the end result was still a higher percentage consumption of ultra-processed foods overall. Moreover, the consumption of whole foods decreased from 32.7 percent to 27.4 percent of calories consumed.

An earlier 2017 study that followed the dietary intakes of 9,317 Americans came to similar conclusions.

In that study, published in Population Health Metrics, researchers determined that over 50% of calories consumed came from ultra-processed foods.

The researchers noted that these foods were failing to deliver proper nutrients on a nationwide scale. Participants that consumed more ultra-processed food lacked proper protein, calcium, fiber, potassium, and vitamins A, C, D and E in their diets.

In contrast, participants that consumed higher amounts of unprocessed or minimally-processed foods had a better overall diet with adequate amounts of the different nutrients.

Optimal Health Systems offers a myriad of choices to provide the nutrients missing in a diet high in ultra-processed foods.

For example, Optimal Collagen Plus provides two core groups of amino acids to promote muscle, skin, and anti-aging health benefits. Learn more by clicking the banner ad on this page.

Other powders offered by Optimal Health Systems include: 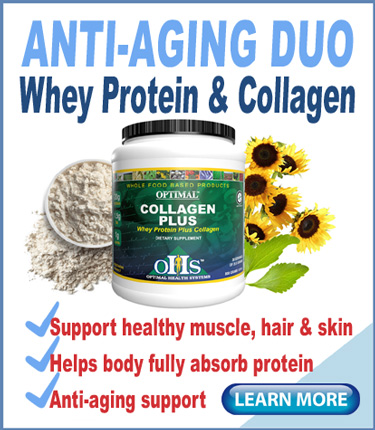