Cognitive decline in the elderly is growing at alarming rates, but one bit of good news is that a step as simple as taking a daily vitamin/mineral supplement will add a degree of protection.

New research—referred to as the COSMOS Mind study—determined that daily supplementation with a multivitamin/mineral supplement led to improved cognition in older adults.

The study was published in the Alzheimer’s Association trade journal Alzheimer’s & Dementia in September 2022. 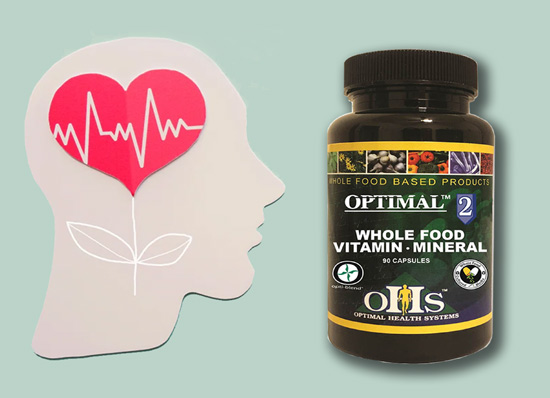 The findings of were so significant that researchers concluded that, compared to the placebo group, study subjects who underwent three years of multi-vitamin and multi-mineral supplementation slowed their cognitive aging by 60%.

The “COSMOS-Mind” study was an ancillary study of data from the broader “COSMOS” study. COSMOS is an acronym for Cocoa Supplement and Multivitamin Outcomes.

The study, conducted by Wake Forest University School of Medicine in collaboration with Brigham and Women’s Hospital, tracked data on 2,262 of the eligible participants from the 10,719 participants in the COSMOS study. The average age of the participants was 73 years.

Test subjects were analyzed at baseline, then annually.

When comparing the vitamin/mineral group to the placebo group, researchers found that supplementation resulted in statistically significant benefits on global cognition, episodic memory, and executive function.

The researchers reported that the multivitamin/mineral cognitive benefits were most pronounced in the adults with cardiovascular disease.

To estimate the clinical significance of the findings, the researchers used computer modeling to provide specific measurements of the related protection the supplementing provided. The modeling concluded that three years of daily supplementing slowed cognitive aging by 60%, or by 1.8 years, when comparing to a placebo group and starting at baseline.

The researchers noted that though Alzheimer’s disease and related dementia affected more than 46 million people worldwide, so far no interventions to prevent cognitive decline have been approved by the United States Food and Drug Administration.

The researchers also noted that individual vitamins—such as Vitamin D and B vitamins—have been previously shown to reduce cognitive decline; however, studies utilizing a multi-vitamin/mineral were limited.

“Identifying a safe, affordable, and accessible intervention to protect cognitive function against decline in older adults is a pressing public health priority,” the study’s authors wrote. “Individual micronutrients and minerals target multiple biologic pathways that support normal body and brain function, and deficiencies in older adults may increase the risk for cognitive decline and dementia.”

In a related study on cognitive decline, scientists from Rush University Medical Center in Chicago found that an increased intake of antioxidant flavonols also slowed the rate of cognitive decline. That study was published in Neurology in November 2022.

To avoid becoming a nutrient-deficient statistic yourself, consider Optimal Whole Food Vitamin/Mineral from Optimal Health Systems for your daily multivitamin/mineral. It provides 24 essential vitamins and minerals in a single product.

And to learn more about the whole food difference, view our video here.